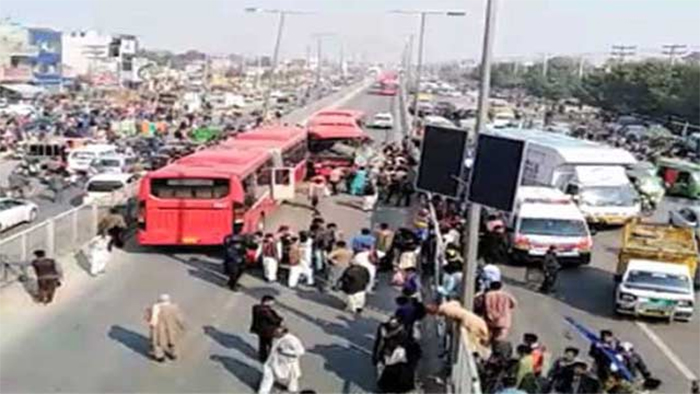 A woman died on Monday morning after two Metro buses collided on Lahore’s Ferozepur Road. The collision near Gajju Matta left 16 people injured. A bus travelling from Kalma Chowk to Gujju Matta exited its designated lane, causing it to crash into a bus going from Gujju Matta to Kalma Chowk.