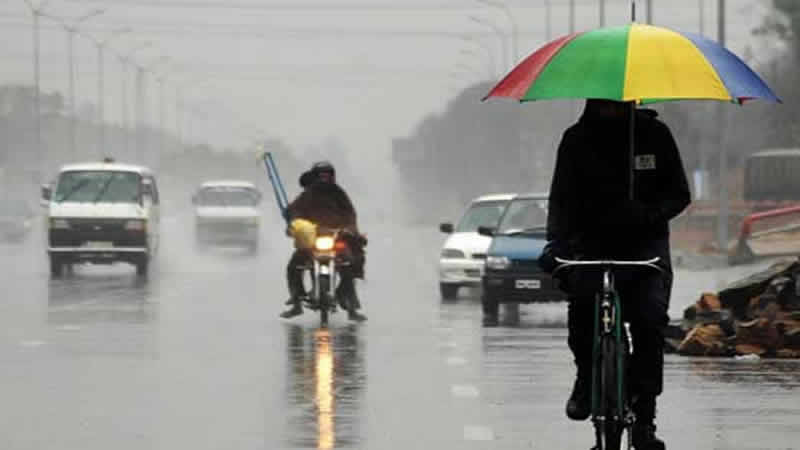 At least six people were reported killed in various incidents across the provincial capital as a relentless downpour lashed the city since Monday night.  According to Rescue 1122 officials, two people were killed as the roof of their warehouse collapsed in Gumti bazaar owing to the heavy downpour. Another person died of electrocution in China Scheme area of Gujar Pura.

Three others were also injured as the roof of their house collapsed in China Scheme locality. Earlier, three people were reported killed due to electrocution caused by the heavy rain. Two were electrocuted to death in Rewaz Garden while a third was electrocuted at Qurtaba Chowk, in the Old City area. The deceased included Rewaz Garden employees Amanat and Shazaib, while motorcyclist Akber was electrocuted at Qurtaba Chowk after coming in contact with live electrical wires.   More than 300 millimetres of rain has been recorded in the city in the last 24 hours. The rain continues to lash Lahore and other cities across Punjab intermittently.

The rainfall resulted in 150 electricity feeders tripping in the city, plunging different areas of the city into darkness from Monday night. According to Lahore Electric Supply Company (Lesco) officials, work is underway to bring electricity feeders back online.  Moreover, the flow of traffic was severely affected as water accumulated in low-lying areas of the city.  A warning was also given out for Lahore airport due to the weather conditions, stating that routine flight operations may be affected. Rainwater also accumulated at DHQ hospital in Gujranwala with hospital officials saying work is underway to remove it.