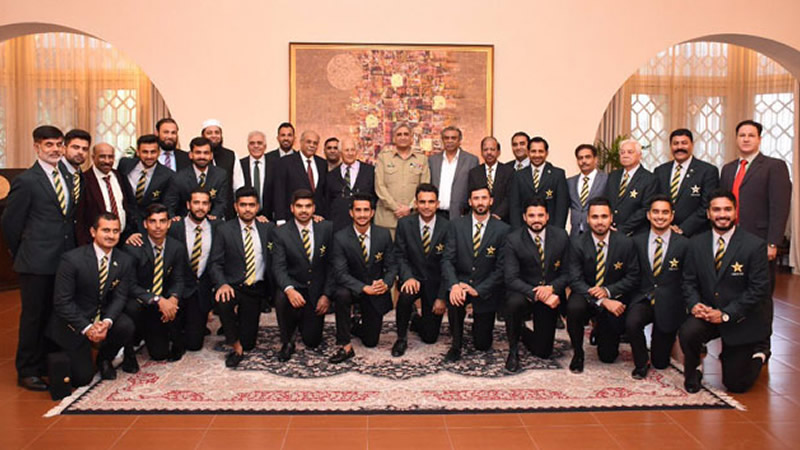 According to a press release by Inter Services Public Relations (ISPR), COAS hailed the team’s outstanding performance which brought much awaited jubilation for the entire nation.

He asked them to stay humble, continue working hard and be upright as they are the ambassadors of Pakistan.

Chairman Pakistan Cricket Board (PCB) Shahryar Khan thanked the army chief for his support for bringing back the game of cricket back to Pakistan.

PCB’s Chairman Executive Committee Najam Sethi thanked COAS for all out support for holding the final of this year’s Pakistan Super League at Lahore.

The players thanked General Qamar Javed Bajwa for honouring them and recognized the contributions and sacrifices of Pakistan Army in war against terrorism and ongoing efforts for making the country secure.