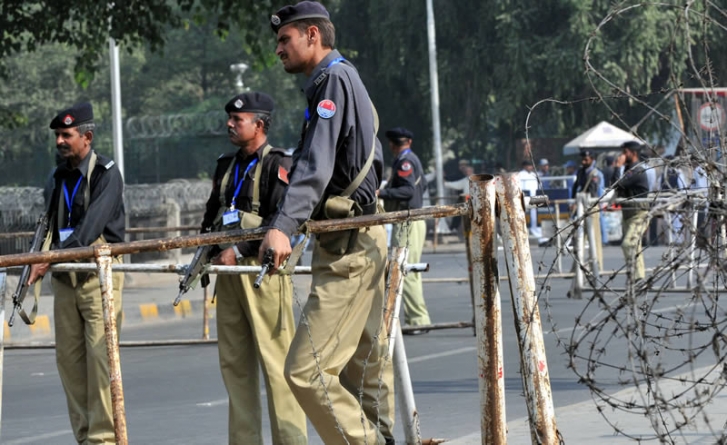 At least three policemen were killed, several others injured and 25 personnel were allegedly held hostage by the Chotoo gang on Wednesday when security forces tried to enter a forest in an island in Indus River area between Rajanpur and Rahim Yar Khan.

Fierce clashes erupted shortly after some policemen tried to enter the island being used by criminals as a hideout, a senior police official told Dawn. He said the outlaws had claimed that they had killed six policemen and injured as many. The criminals also claimed to have kidnapped 25 policemen during the fighting with security forces in riverine area of Kachi Mooro. Zeeshan Asghar, the Rahim Yar Khan DPO, said that three policemen lost their lives in clashes with the criminals. He said the whereabouts of a police contingent that tried to penetrate the island boundary were unknown. He was not sure about the strength of the contingent. The ‘collateral loss’ came when the Punjab police high-ups saw ‘poor response’ from the government to their request for launch of air strikes, a senior police officer told Dawn.

He said that the police finally decided to launch the ground operation in the high-risk island, triggering a heavy fighting with criminals. “We are under attack by criminals carrying sophisticated weapons as some policemen have seen them using 12.7mm heavy anti-aircraft machineguns,” the police official said. He said that the fierce resistance put up by criminals showed some terrorists of banned organisations might be present in the area. Police authorities claimed to have killed a high-value target, Pehalwan alias Pallu, a leader of the notorious Chotoo gang, during the operation. The police official said that the ground operation against criminals was not a good idea, but there was no other option as the police’s request for provision of helicopter gunships had been turned down.

The official said the request for air strikes had been made after confirmation that hideouts of gangsters were heavily fortified. The island where they were hiding was located in the centre of the Indus River. “The 10 to 12 feet high elephant grass and bushes in the dense forest are a major hurdle for the policemen as criminals target them (police) from a much better position,” the official said. He said that as many as 150 hardened criminals had been hiding in the forest, bordering Sindh and Balochistan. Hundreds of people belonging to various tribes including Sudwani, Umerani and Sikhwani, a sub-caste of the Mazari tribe, were also living in the troubled area, the police official said. A source, however, said that the claim of ownership to lead the operation was one of the major factors behind the ‘faulty strategy’ which led to police casualties.

He said that military authorities had suggested purely a Rangers’ operation in the area in November last year, but the Punjab government had remained silent over the issue. Punjab Police spokesperson Nabial Gazanfar said that over 1600 policemen from eight nearby districts had been taking part in the Zarb-i-Ahan operation. Besides, she said, 350 Elite Commandos, a platoon of Pakistan Rangers and officials from Counter Terrorism Department were taking part in the operation. She confirmed deaths of three policemen and identified them as Constables Qazi Obaid and Amanullah and Elite Commando Mohammad Ajmal. Police sources in Rahim Yar Khan said that gangsters had sent a message to the police to release their accomplices in return for the policemen held hostage by them. The outlaws have also demanded a safe passage. Tariq Birmani from D.G. Khan and Malik Irfanul Haq from RY Khan contributed to this report