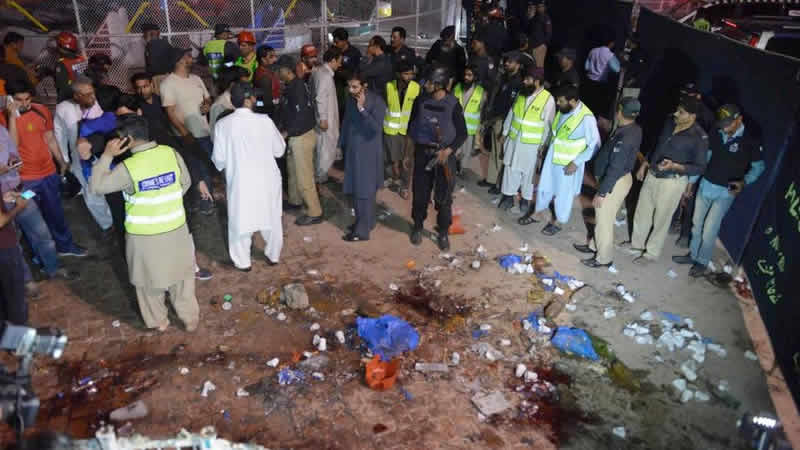 Law enforcement agencies have yet to ascertain the identity of the purported bomber who blew himself up at the Gulshan-i-Iqbal on March 27, killing 72 people and injuring scores of others.

Even tough the Jamaat-ul-Ahrar, a faction of the Tehreek-i-Taliban Pakistan (TTP), claimed responsibility for the attack and issued a picture of the purported bomber, there is nothing scientific yet to prove that both claims are true, sources said on the condition of anonymity because of, what they say, the seriousness of the issue. Sources, also part of investigations and their supervision, say there was no prior specific threat warning for the park. There are indications of the arrest of some local helpers of the suicide bomber, but the sources contest it.

They confirm that it was a suicide bombing. The only thing collected from the bombing scene was a half head with burnt ears. The head was sent to the Punjab Forensic Science Laboratory which conducted its DNA test and with its help identified the other parts of the blown up body of the bomber. They say the mere DNA test cannot scientifically establish bomber’s identity. In order to do so, one has to match his DNA with those of his blood relations. So far, no relative of the dead man, or of the one claimed to be the suicide bomber by the TTP, have been located.

They say that declaring that the dead man was actually the one whose picture was released by the TTP on the ground that their ears matched each other might not be a strong scientific evidence. Sources say the precision of the attack and the colossal damage it caused proved its painstaking preparation. In this case, the bomber appeared to be in the locality much before he struck.  They say the Punjab has been successful in preventing terrorism last year and till the Gulshan-i-Iqbal tragedy this year because of intelligence-based proactive operations. “We will break the chain of terrorists and their facilitators who killed innocent people in the park with such operations,” a senior official said.

Another Chehlum For Mumtaz Qadri