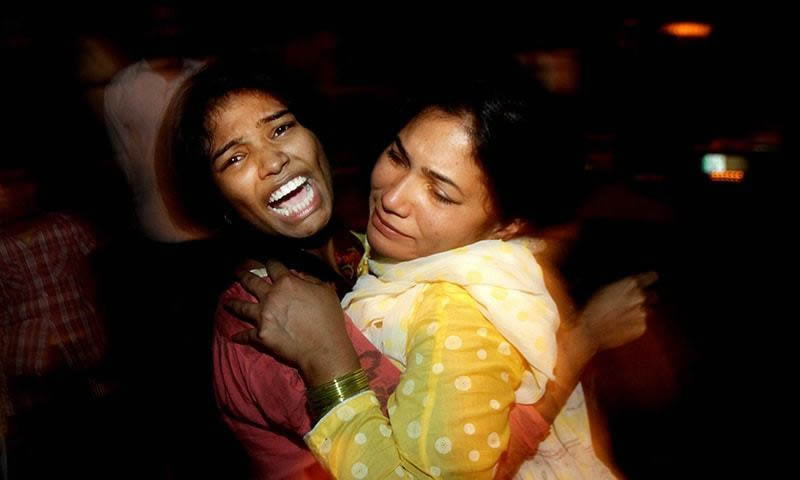 At least 70 people were killed in a suicide attack in Gulshan-i-Iqbal Park of Allama Iqbal Town on Sunday evening, rescue sources said. Hospital sources added that over 250 were injured.

The attack was claimed by the Tehreek-i-Taliban Pakistan Jamaatul Ahrar.

Iqbal Town Superintendent Police Dr Muhammad Iqbal confirmed this was a suicide attack that took place at a children’s park, where a large number of families, especially women and children, were present. The area is a renowned residential area of Lahore. The blast was just outside the exit gate and a few feet (metres) away from the children’s swings. DCO Captain (Retd) Muhammad Usman said the head of the suicide bomber was recovered. Ball bearings were also found at the site. Eye witnesses said there were pools of blood and scattered body parts spread across the site of the attack.

Witnesses said they could hear children screaming as people carried the injured in their arms, while frantic relatives searched for loved ones in nightmarish scenes at the park near the centre of the city. “We took the injured to hospitals on rickshaws and taxis,” one eye witness said. He added that the crowd was “unusually large” because of Easter. “The roads were also jammed and queues of vehicles could be seen till Moon Market.” Doctors described frenzied scenes at hospitals, with staff treating casualties on floors and in corridors, as officials tweeted calls for blood donations. Javed Ali, a 35-year-old who lives opposite the park, said the force of the blast had shattered his home’s windows.

“After ten minutes I went outside. There was human flesh on the walls of our house. People were crying, I could hear ambulances.” Yousaf Masih, a father who was searching for his family, told AFP: “My kids came here (to the park). I was at home, I saw the news on TV, but my wife and children were here.” Many eyewitnesses said there was no security present in and around the park. An eye witness, talking to DawnNews, said: “The park is huge and has many entrance gates. There were almost no security personnel present there.” A Rescue 1122 spokesman confirmed that an emergency call was received at around 6:44pm and that over 20 ambulances had been sent to the site at the time. An emergency was declared at all government hospitals in the city.

Excitement As Pangolin Is Sighted In Karachi

Excitement As Pangolin Is Sighted In Karachi