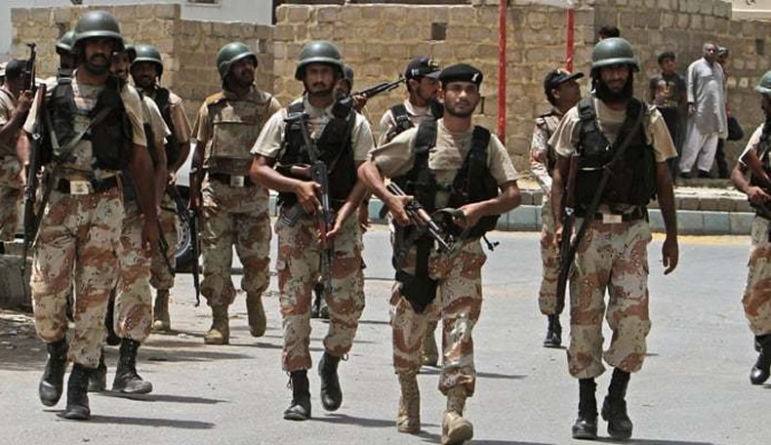 The ruling party is still considering whether it should deploy Rangers in Punjab, as in Sindh, to carry out an operation against hardcore criminals and banned outfits based in the southern districts of the province.

The military establishment, in its assessment, sources in the provincial capital Lahore as well as the federal capital say, has recommended a Rangers-led operation in Punjab.

The issue came up for discussion first at the provincial apex committee meeting and has now landed before the Prime Minister’s Office. The security establishment thinks that Punjab police lack the training and the equipment to face terrorists, sources say, which was why the assignment must be handed over to Rangers. However, the Shahbaz Sharif-led provincial government is of the view that it can handle the task through its Counter-Terrorism Department and the Elite Force, but this would require special weaponry and support from the military.

The provincial authorities are of the view that if provided with the proper equipment, the Elite Force could deliver the required results. At the high-level meeting chaired by Prime Minister Nawaz Sharif on Wednesday, which was also attended by the Punjab CM and the Lahore corps commander, it was suggested by the army leadership that Rangers could be used for an operation in the province if the government wanted. Talking to Dawn, a PML-N office-bearer close to the prime minister said that the districts where an operation could be planned include Rahim Yar Khan, Rajanpur and D.G. Khan. These districts are known for being home to and breeding grounds for militants and banned organisations. Sources in the ruling party said the Punjab government would try its best to make do with its own Elite Force instead of calling in the Rangers. This, he said, would reflect poorly on the provincial government.

Of course, he said, if Rangers come to Punjab, they will have the same powers they were exercising in Karachi. “The prevailing security situation in Punjab was discussed during Wednesday’s meeting and now the decision lies with the PM; whether to seek assistance from Rangers in Punjab or not,” another source privy to the meeting told Dawn. The military establishment believed that to take the National Action Plan to its logical conclusion, Rangers should be used in the province, he said.