Voting underway as Baloch, Tareen face off in NA-154 by-poll 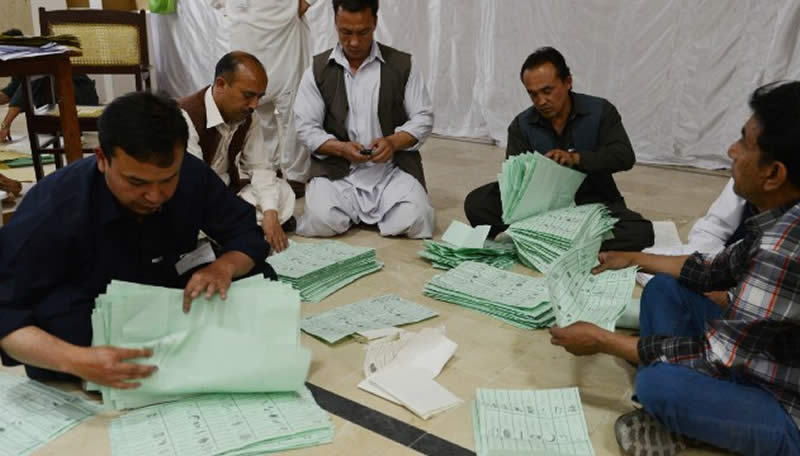 Voting underway as Baloch, Tareen face off in NA-154 by-poll

Voting is underway for by-poll in NA-154, Lodhran constituency of National Assembly on Wednesday. Polling started at 8am and will continue until 5pm.

As part of tight security measures, Army personnel will be deputed at all the 303 polling stations of Lodhran constituency. District Police Officer Asad Sarfraz Khan told Dawn newspaper that 3,000 policemen and 1,100 razakar will also perform duties at polling stations. He said 47 polling stations were deemed most sensitive. The DPO said voters would not be allowed to carry mobile phones and cameras to the polling stations.

There are 419,182 registered voters – 228,870 male and 190,312 female in NA-154 constituency. The NA-154 seat fell vacant after Baloch was disqualified by an election tribunal on Aug 26 on a petition filed by Tareen, who had accused the former of possessing a fake degree and committing irregularities during the 2013 general election. The Supreme Court, however, set aside one of the tribunal’s decisions and ordered re-election, allowing Baloch to contest again.

Peshawar Zalmi signs on Imran Khan, says ‘He is a cricketing hero’