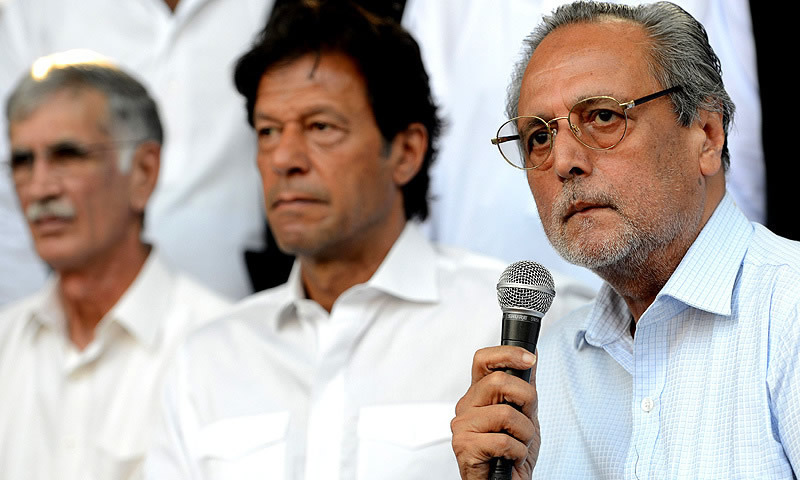 The Pakistan Tehreek-i-Insaf (PTI) set the tone for some more bitter and confrontational politics when it rejected the results of the first phase of the local government elections in Punjab and Sindh.

The PTI has been at loggerheads with the government alleging that the general election in 2013 was massively rigged. And Mr Imran Khan’s party trailed the PML-N in Punjab and the PPP in Sindh by some distance in the first phase of the local government elections held on Saturday last. Ejaz Chaudhry demanded that the Election Commission of Pakistan declare the elections void. He said at a news conference on Monday that police and polling staff supported PML-N candidates to ensure defeat of PTI candidates.

He alleged that the police harassed PTI chairmen and vice chairmen candidates and on occasion detained them at police stations for hours. He alleged that a PML-N candidate for chairman, wanted in some 19 cases of murder and attempt to murder, harassed PTI candidates and workers and police fully supported him. He said the goons also trespassed on the house of a PTI candidate but the police were reluctant to register a first information report. Mr Chaudhry said Minorities Minister Kamran Michael along with Shahzad Munshi continued to interfere in polling stations without any deterrence while the voter lists given to the candidates and those available with the polling staff were different. Mr Chaudhry said he would report the ground realities to the party chairman. He said PTI’s Lahore organiser Shafqat Mahmood should not have resigned, adding that he would appeal to the party chief not to accept his resignation.

He said Punjab organiser Chaudhry Sarwar had also done a great job in organising the party. He said that successful independent candidates were now in a bargaining position and might be joining the ruling party. Speaking at a meeting of the LG poll candidates at chairman’s secretariat, and addressing workers after the funeral prayers of party worker Sarfaraz Ahmad, PTI Punjab organiser Chaudhry Sarwar said the PML-N would have to stop silencing its political opponents; otherwise there would be serious repercussions.