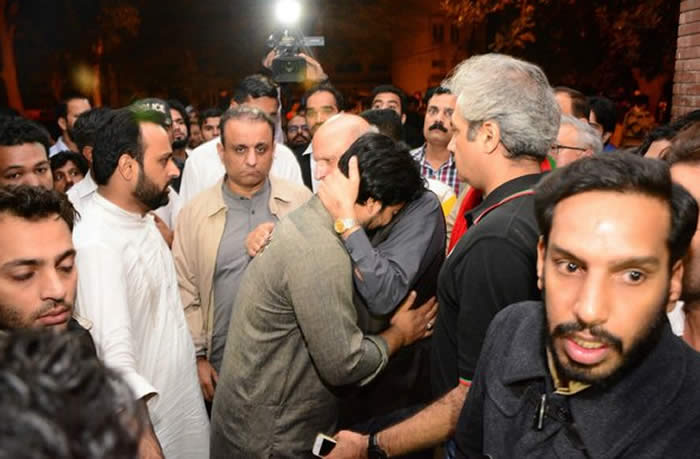 Two Pakistan Tehreek-i-Insaf (PTI) workers were killed and seven others were injured as a clash broke out between PTI and PML-N party workers in Lahore’s Yakki Gate area early Monday.

The dead have been identified as Khurram Shehzad and Malik Arif. A minor is among those injured.

The PTI filed a First Information Report (FIR) for murder against seven PML-N workers including Chaudhry Zahid, Malik Ditta and Ahmed Butt. The scuffle broke out after a disagreement between PTI and PML-N workers in the area near Nawaz Sharif Hospital, where both parties’ offices are located. Shots were fired as the clash between party members turned increasingly violent.

Police said they would start an investigation into the incident. “Police have assured us that swift action will be taken against the perpetrators,” Shafqat Mahmood of the PTI said. A PTI office had been set up in the Yakki Gate area, after which the PML-N also set up an office close by.