Campaigning for Crucial by Elections Reaches its Peak in Lahore 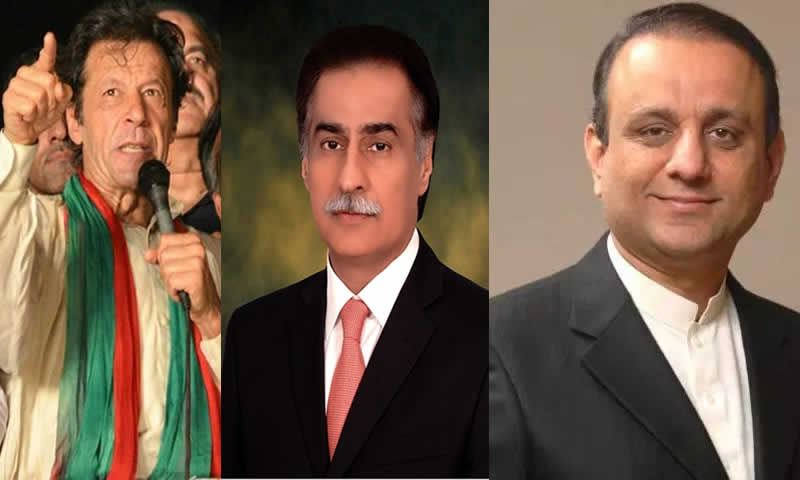 Electioneering for the Oct 11 by-elections for the NA-122 Lahore seat reached its peak on Sunday as the main rivals — the ruling PML-N and opposition PTI — held public meetings in the same neighbourhood, Samanabad.

The seat fell vacant after an election tribunal’s decision against PML-N’s Sardar Ayaz Sadiq who was then speaker of the National Assembly.

Both the parties are using all resources at their disposal to secure the seat in a bid to prove (in the case of PTI) or negate (in the case of PML-N) the allegation of rigging in the 2013 general elections. Addressing a large gathering at Dongi Ground, Pakistan Tehreek-i-Insaf Chairman Imran Khan said his party was fully prepared “not only for the election but to foil all rigging plans of the PML-N”. He said many leaders of the PML-N had recently joined the PTI and alleged that the ruling party had prepared a rigging plan for the women’s polling stations.

Mr Khan asked his party’s workers to be ready to foil the plan. Criticising PML-N leaders for “hiding” behind courts, he asked Prime Minister Nawaz Sharif to rename his party as “stay order league”. He appealed to NA-122 voters to vote to change the obsolete system for their own betterment. “The voters should tell the PML-N through their votes that it had reached the assemblies through rigging,” he said. He accused PML-N leaders of launching multi-billion rupee projects like metro bus and orange line train to make money. The PTI chief said the PML-N had vowed in 2013 to end loadshedding in six months but could not do so and had given a new deadline of 2016. Now, Nepra was saying that the loadshedding could not end till 2020. He said the National Electric Power Regulatory Authority had also reported that the government had issued bills with 70 per cent more charges than the actual price.

This, he said, was tantamount to robbing the people of their ‘hard-earned money’. He said NAB had 180 cases in its files, including 12 against Mr Sharif and one each against Leader of Opposition in National Assembly Khurshid Shah, Finance Minister Ishaq Dar and Punjab Chief Minister Shahbaz Sharif. “If all the 180 cases are tried honestly, NAB can recover some Rs2 trillion for the national kitty,” he claimed.