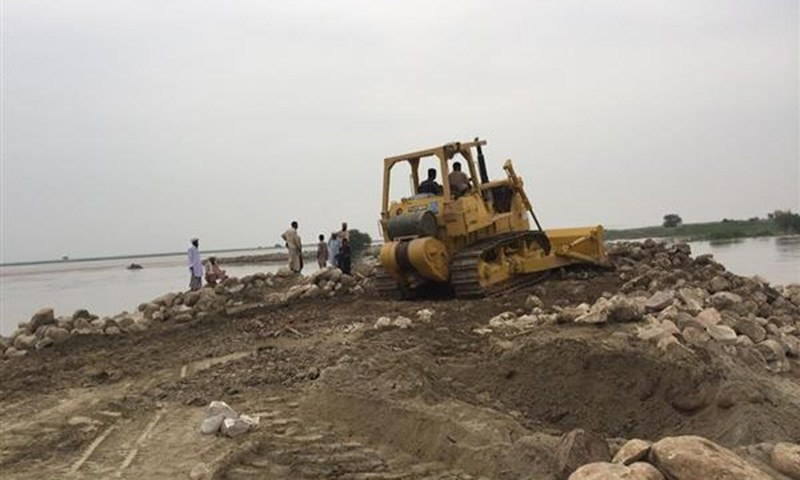 According to an ISPR press release issued on Sunday, medical check-up and free drugs were provided to 1,706 flood-affected people at medical camps and 334 ration packets and 50 tents were distributed.

The Army rescued 5,724 people through boats at Layyah and shifted them to safe places and set-up free medical camps at Bhakri Ahmad Wala bund, Karorewara Sehra and Lohaanch areas of Layyah. Free medicines were provided to about 1,000 people and 150 ration packets were distributed. In all, 522 people were rescued in Muzaffargarh district and shifted to safe places.

Free medical camps were set-up at Muzaffargarh, Kot Addu and Ali Pur. The army rescued 200 people at Jhakar Imam Shah bund in D.G. Khan and 2,500 people at Rajanpur. Medical treatment was provided to 256 patients at medical camp Kot Mithan and 184 ration packets and 50 tents were distributed among the flood hit people.