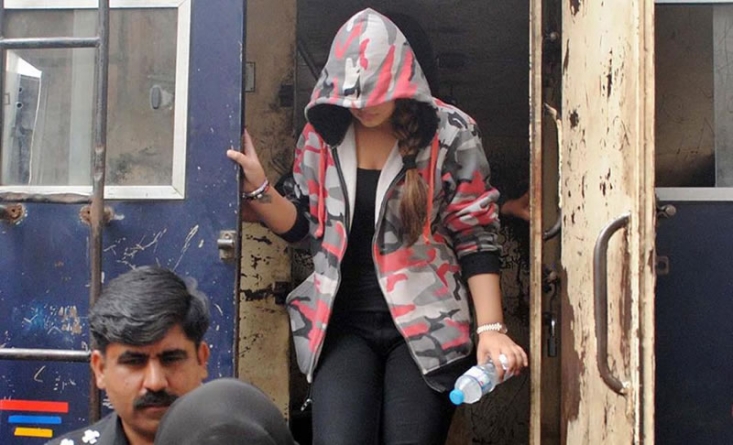 LAHORE – The Lahore High Court on Tuesday has ordered the release of fashion model Ayyan Ali, after accepting his bail plea.

A two-member bench of the Lahore High Court accepted Ayyan’s plea and she will soon be released from jail, sources said. She will now be able to spend Eid-ul-Fitr at home with her loved ones.

Earlier on Monday, a division bench of the LHC had allowed the model to place on record more documents in her bail application in the money laundering case. The bench had sought replies from the federal government and the Customs authorities.

In the application, Ayyan’s counsel Sardar Latif Khosa had submitted that she had been imprisoned for four months. He said under the Customs Act women suspects in money laundering cases could be freed on bail after completion of investigation. He added that his client was a woman and investigation in the case had been completed so she should be released on bail.

Ayyan was arrested by the Customs officials from Benazir Bhutto International Airport, Islamabad, in March on charges of smuggling US $500,000 abroad. Since then, she is being held at Adiala Jail. Counsel for Ayyan Ali, Advocate Latif Khosa stated in the Customs Court that she was carrying money to hand over to her brother, who was travelling to Pakistan from Dubai.

In a review on Ayyan’s bail application, Khosa said the money seized is the joint property of the model and her brother. Khosa defended Ayyan stating that the model was not taking money out of the country and was arrested before she could get her boarding card.

He also said that access to the VIP lounge is not difficult and anyone can get access on payment of Rs 1000, adding she was arrested at the point where there was no customs counter. He further added that the job of the Airport Security Force (ASF) is to check for weapons. The model charges US $500,000 per show in foreign countries and is one of the investors in Pakistan, Khosa said, adding that it is a conspiracy to stop investors coming to Pakistan.

Customs lawyer Malik Kamal said the model was carrying the money in her personal baggage, adding the model failed to justify her stance and was caught red handed. – dailypakistan