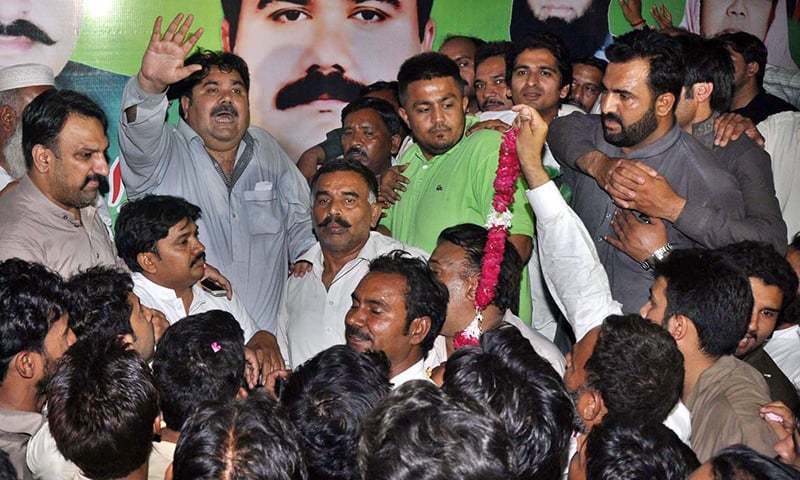 According to unofficial results, Mr Hassan secured 28,324 votes, Mr Jabbar bagged 18,112 votes, while the PPP candidate Muhammad Hussain Arain could got only 6,519 votes.

Polling was overall held in a peaceful atmosphere, with minor disruptions in the process at some booths, following exchange of words between the supporters of PML-N and PTI candidates. The district government had announced a local holiday in connection with the by-poll.

The seat was vacated by provincial prisons minister Abdul Waheed Arain who was disqualified by a local election tribunal for possessing two national identity cards. Supreme Court had rejected Mr Waheed’s appeal challenging his disqualification. The Election Commission of Pakistan established 133 polling stations and 394 polling booths. The total number of voters in the constituency is 178,000.