7 Men to be Hanged in Sialkot Lynching Case 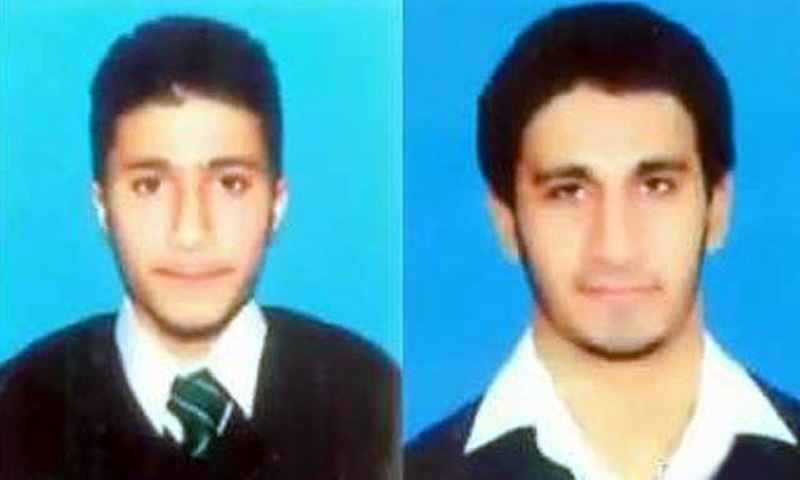 An Anti-Terrorism Court (ATC) on Wednesday issued death warrants for seven individuals convicted for being part of the mob that lynched two brothers in Sialkot in 2010.

The court also set the date of their hanging for April 8. However, the convicts have the right to appeal in the Supreme Court. In August 2010, dozens of people clubbed to death Hafiz Mohammad Mughees Sajjad, 18, and Mohammad Muneeb Sajjad, 15, in the presence of eight policemen and also allegedly of former district police chief Waqar Chauhan. The bodies were later hung upside down at a chowk. The incident sparked shock and horror across the country as cellphone footage of the heinous murders was uploaded to video-sharing sites and caused a viral stir.

Justice (retd) Kazim Malik who investigated the case had said in his report in 2010 that the boys were not robbers or hardened criminals and not a single case of mobile phone snatching or robbery was ever reported against them.  A local ATC in 2011 had sentenced the seven of the convicts to death on four counts, gave life-term on four counts to six of them and jailed nine policemen, including a former district police officer, for three years. The court had acquitted five co-accused on grounds of insufficient evidence. ATC judge Chaudhry Mushtaq Ahmad had sentenced to death the seven convicts on four counts under section 302 of the PPC and 7ATA. They were also fined Rs500,000 each.