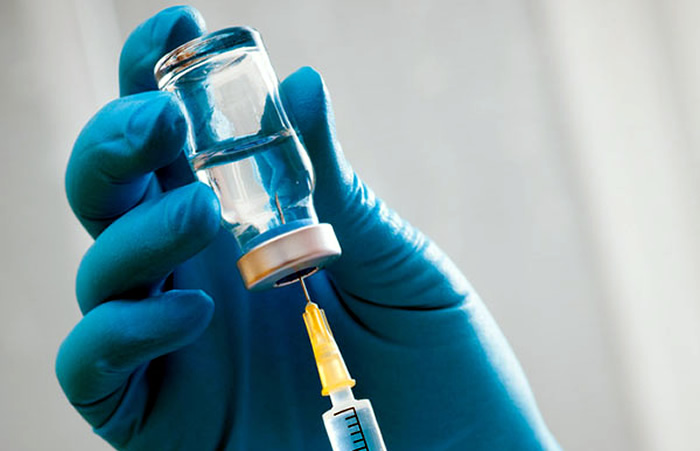 Millions of infants have been denied routine immunization coverage due to country-wide shortage of the life-saving BCG (bacille Calmette-Guerin) vaccine that protects them from tuberculosis.

The situation is more disturbing in Punjab which was heading to stock-out-like situation as the Federal Expanded Programme on Immunization (EPI) did not provide the BCG vaccine to the provinces for the month of February.

The under-five children share 15.2 per cent population in Punjab, one of the most populous provinces of the country. The Federal EPI has categorically conveyed to the provinces that it has not yet received this particular vaccine from Unicef primarily due to its non-availability in the global market. It is for the first time that the millions of kids have been denied BCG vaccine in their childhood age from the 1st of Feb. According to official figures, over 5 million children are born every year in Pakistan. The BCG vaccine is mandatory for every newborn in Pakistan for being integral part part of the routine EPI programme. This vaccine is on the World Health Organization’s list of essential medicines being the most important medication needed in a basic health system. A senior official who is close to the information told Dawn the Federal EPI Cell had placed order to the Unicef for the provision of the BCG vaccine to meet the country-wide need when the local companies expressed their inability to supply it in the tenders advertised thrice in the mid of 2014. Later, he said, the EPI reduced supply of the BCG vaccine to the provinces from three-month stock to a month only from the month of Nov due to its persistent shortage.

Meanwhile, the Unicef expressed its inability to ensure supply of this vaccine to Federal government before April 2015 as its manufacturing had come down globally. As the Unicef was yet to provide vaccine to Pakistan, no further supply was made to the provinces by the Federal EPI for the month of February putting health of millions of children at risk. “As every newborn needs BCG vaccine, Pakistan is in a dire need of 6.5 million doses of the vaccine to meet the country-wide need”, the official said. He said keeping in view the seriousness of the issue the Federal government has exerted pressure on the Unicef to meet the requirement by the end of the current month to avoid ‘outbreak’ of the tuberculosis. “The country-wide shortage of the preventable vaccines emerged since the government was directed to follow the PPRA rules before its procurement”, the official claimed. The federal government was facing additional financial burden of over Rs one billion annually by procuring vaccines from the companies instead of from Unicef on discounted rates, he said.

“These are the WHO pre-qualified vaccines and there is no need to impose PPRA rules for their procurement”, the official said adding that several countries have been getting supply of the preventable vaccines for years directly from UN. Punjab EPI Director Dr Munir Ahmad told Dawn his department had timely informed to the Federal EPI officials about the dearth of the BCG vaccine all over the province. He said his department was in contact with the federal authorities to ensure its uninterrupted supply in the larger interest of the infants. Punjab Health Director General Dr Zahid Pervez said though the province was facing shortage of the BCG, the vaccine was being arranged from those districts where old stock was also available. He said the situation emerged when the companies concerned failed to ensure its supply to the federal requirement. -dawn