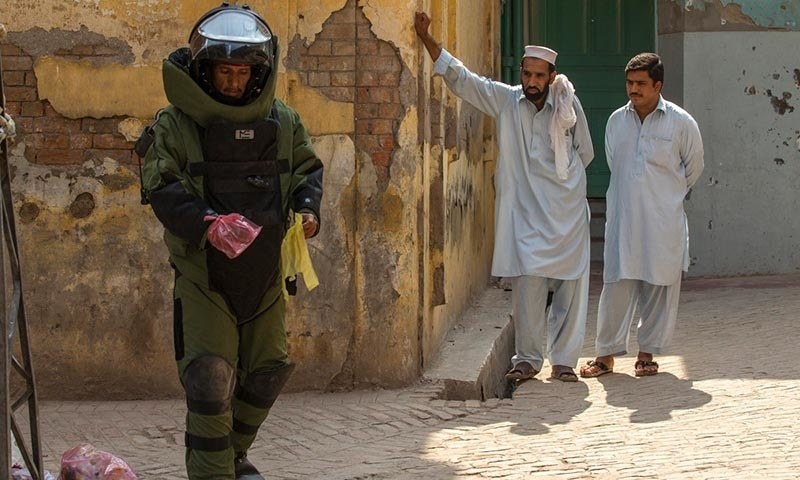 An improvised explosive device was found in a shopping bag near a school in Wah cantonment on Monday.

Students spotted a bag placed at a bus stop near their school at around 7:30am. They informed their teacher who contacted local administration and police.

Military officials arrived soon after and shifted the suspicious bag to a nearby ground. The bomb disposal squad personnel who were called from Rawalpindi reached the scene at around 10am and discovered explosives inside it which they managed to defuse. “We were waiting for friends near the school when we spotted the suspicious bag which we reported to our teacher,” said Masood Ahmed, a ninth-grade student who spotted the bag.

A teacher, on the condition of anonymity, said since the attack on Army Public School in Peshawar, students had become more vigilant. Talking to newsmen, Sub divisional Police Officer Saleem Khattak said the device was wrapped in a newspaper and placed inside the shopping bag. The bag contained half a kilogramme of explosive, ball bearings, metal pieces, a circuit and fire crackers. “The explosive device was designed in a way that if it was mishandled or a heavy object was placed on it, it could explode and cause damage,” the officer said. -dawn