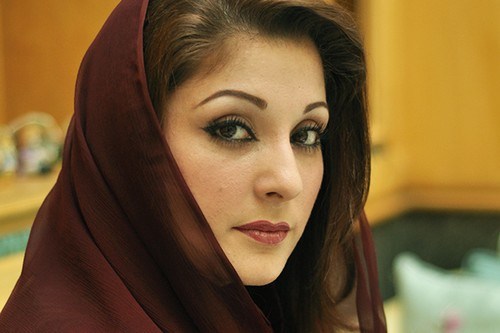 The Lahore High Court (LHC) directed the federal government on Wednesday to apprise it about the legal status of the loan programme and criterion for the appointment of its head.

Justice Manzoor Ali Shah in a petition challenging the appointment of Prime Minister Nawaz Sharif’s daughter Maryam Nawaz Sharif as chairperson of the Prime Minister’s Youth Loan Programme, said the government needed to explain under what law the public money was being used for political purposes. Pakistan Tehreek-i-Insaf leader Zubair Niazi filed the petition, saying the impugned appointment was a result of sheer nepotism. Justice Shah also expressed concern over the control of public money given to an individual of the ruling family. The judge adjourned hearing till Oct 30 and directed a federal law officer to come up with instructions from the government on the points raised in the petition. [contentblock id=2 img=adsense.png]

The judge also sought personal appearance of any responsible representative of the loan programme on the next date. Earlier, petitioner’s counsel Sheraz Zaka said the prime minister had violated the Constitution and set rules in appointment of his daughter as head of the loan programme. Neither a public notice nor an advertisement was issued before the appointment, he added. The counsel asked the court to set aside the appointment of Ms Sharif as chairperson of the programme. The Lahore High Court on Wednesday dismissed a petition of PML-N MPA Saiful Malook Khokhar assailing inspection of ballots in PP-160, Lahore, ordered by an election tribunal.

The petitioner, through his counsel, contended that the tribunal constituted a commission to hold inspection of the record on a plea moved by PTI’s defeated candidate Zaheer Abbas Khokhar.

The counsel said the tribunal had limited powers under the Representative of Peoples Act and could not appoint a commission for scrutiny of ballots. He asked the court to set aside the tribunal orders. However, Justice Syed Mansoor Ali Shah dismissed the petition for being not maintainable. The judge observed that interim orders of election tribunals could not be assailed before the high court.