Umar Akmal in Fresh Fray Over Violations in Mehndi 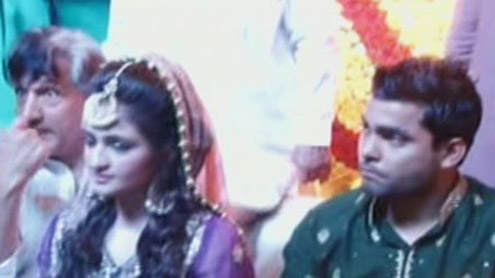 Wicket-keeper batsman Umar Akmal’s Mehndi ceremony wrapped up late Tuesday but with a case registered for violation of Marriage ActWednesday.

The district government initially got the case registered at Heer Police Station against the caterer’s four employees. According to police sources, the name of the groom Akmal is not included in the case. According to the detail, the charge is that Umar Akmal’s Mehndi ceremony lasted well after 10pm at a private farmhouse located on Bedian Road in the metropolis, where time limitation and one-dish ban, were breached.

According to police sources, the clause-188 has been invoked in the case.  The caterers who have been nominated in the case no-138, are Shahid, Abdullah, Syed Kashmiri and Muhammed Ikram-ul-Hasan. Police said Umar Akmal will be nominated in the case for violating the Clause-144. Police also said the district government will separately produce the cricketer before the court.  It is pertinent to note here that the cricketer earlier also invited public slur by entering a brawl with a traffic warden. -Samaa

Umar Akmal in fresh fray over violations in Mehndi by thetimesofpakistan

Explosion in Gypsum Mine in Khewra