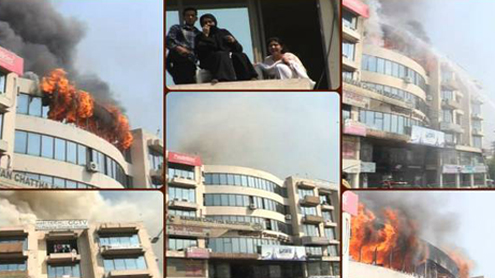 A fire engulfed a commercial plaza on Tuesday near Kalma Chowk area of the city, SAMAA reports. At least four people including women were seen stranded at fourth floor of the plaza in Samaa TV footage. Rescue teams reacting quickly to the emergency reached the spot and rescued them the help of a snorkel. 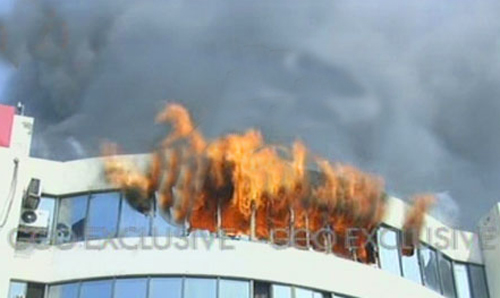 No one was injured in the incident. The fire was brought under control as a total of seven fire tenders took part in the operation. What caused the fire couldn’t be ascertained immediately. – SAMAA

Hafeez not worried about Saqlain’s magic