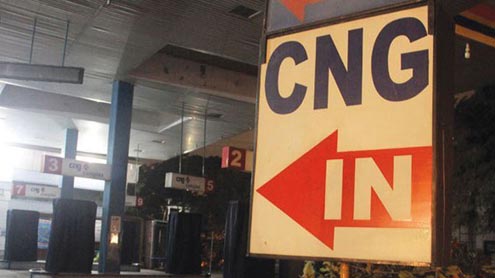 The Sui Northern Gas Pipelines (SNGPL) decided on Monday to suspend, for an indefinite period, supplies to the industrial and compressed natural gas (CNG) sectors from 6am on Tuesday. The reason given is that its deficit has risen to more than 50 per cent of the demand.

The domestic demand will rise to over one billion cubic feet in the coming weeks as temperature dips and people use geysers and heaters. Under the government policy, the domestic and commercial sectors remain a priority. Thus supplies were being diverted to them, the official said.

According to another official, the supplies to the two sectors will most probably remain suspended for about 10 weeks, but no final decision has been taken. “It depends on the weather during January and February,” he said. However, the schedule of indefinite suspension announced on Monday had been approved by the ministry, he said. The All Pakistan CNG Association rejected the gas load management plan contemplating suspension of supply to the sector for an indefinite period.

The association’s supreme council chairman Ghiyas Abdullah Paracha said in a statement that other sectors facing disconnection could run their businesses by using furnace oil but the CNG sector had no alternative except natural gas. He alleged that the decision had been taken to please the influential oil import mafia.-Dawn