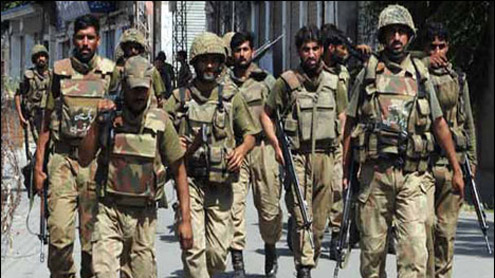 Pakistan army and rangers personnel would be deployed in 13 sensitive districts of Punjab including Rawalpindi on Friday to maintain law and order situation while imposition of section 144 would also be ensured across the province.

According to Punjab government spokesman, indiscriminatory action would be taken against provocative content, hatred speeches and writings. He said that the speeches of preachers in sensitive Imambargahs and mosques would be recorded. The government also appealed to the nation to remain peaceful. -Thenews