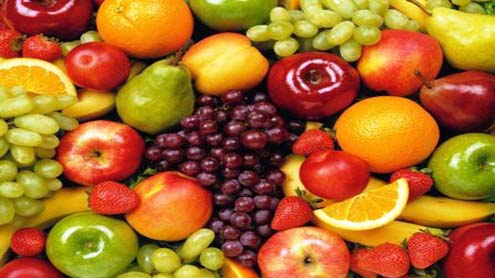 The exports of fruits from the country increased by 44.64 percent during the first quarter of the current fiscal year as against the same period of last year.