City to be made as beautiful as Istanbul: CM 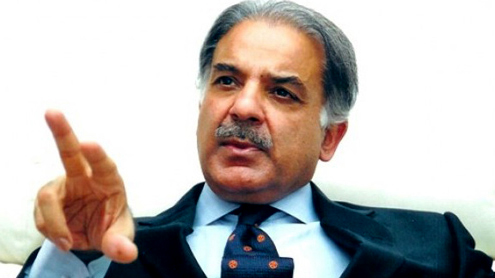 LAHORE: Punjab Chief Minister Shahbaz Sharif has said that a modern and organised system of cleanliness has been launched in the metropolis with the collaboration of Turk companies, and Lahore will be made the most beautiful city of gardens and flowers under this project.

He said that the same model would be replicated in Faisalabad, Rawalpindi, Gujranwala, Multan, Peshawar and Karachi, and hundreds of neat and clean cities like Istanbul would emerge in Pakistan. He thanked the president and prime minister of Turkey as well as the mayor of Istanbul for giving a practical shape to the solid waste management project.He was speaking at the inaugural ceremony of the new solid waste management system in front of Town Hall on Sunday.

Addressing the ceremony, the CM said that it was a historic event that the most modern system of cleanliness was being launched in the metropolis with the cooperation of Turk companies. He said that it was first time in the national history that a comprehensive project of solid waste management had been initiated, adding that under the project, more than 5,000 tonnes of garbage which is accumulated in Lahore daily would be disposed of in a proper manner.

He said that there were strong bonds of friendship, brotherhood and sincerity between Turkey and Pakistan and “that is why, despite tendering of the project, the Turk companies reduced the cost and also conducted the survey of the project at extremely minimum charges.

Visiting mayor of Istanbul Dr Kadir Topbas said that the Turk delegation was very happy to meet Pakistanis and it had brought the message of love and brotherhood for them. He said that the cultural and trade relations were strengthening between Pakistan and Turkey. He said that clean environment leaves a positive impact on human lives, and the project of solid waste management would provide a healthy atmosphere to the citizens. Dr Topbas inaugurated the new solid waste management system and drove the truck brought from Turkey for the project.

Earlier, while receiving Dr Topbas and other members of his delegation at the Lahore airport, Shahbaz said the visit of the Istanbul mayor would not only boost trade and economic activities between Pakistan and Turkey but will also strengthen the brotherly relations between both the countries.

The distinguished guest was accorded an unprecedented welcome on his arrival to the city. Members of the provincial cabinet, members of the national and provincial assemblies, senators, senior officers and other important personalities warmly welcomed the guests. Two children presented a bouquet to Dr Topbas and his wife on the occasion. Shahbaz Sharif introduced ministers, senators, assembly members, senior officers and the elite of the city to the mayor.

Shahbaz Sharif said that the modern Bus Rapid Transit System and solid waste management projects by Turkey in Punjab reflected the country’s confidence in the transparency and public-welfare steps taken by the Punjab government.

Dr Topbas said that Pakistan was his second home and he was very much pleased to come to Lahore. He said that Lahoris had won his heart by according him a warm welcome, and proved that the hearts of the people of Turkey and Pakistan beat together.

Earlier, a smart contingent of Punjab Police presented the guard of honour to the mayor.Tunes of national anthems of Turkey and Pakistan were played on the occasion.The citizens accorded the delegates a warm welcome from airport to the place of stay of the mayor, and raised slogans of Pak-Turk friendship.The people were carrying national flags of Pakistan and Turkey, and presented folk dances at various places on the route.Portraits of the president and prime minister of Turkey, mayor of Istanbul, Nawaz Sharif and Shahbaz Sharif were displayed on all main roads of the city. – Dailytimes