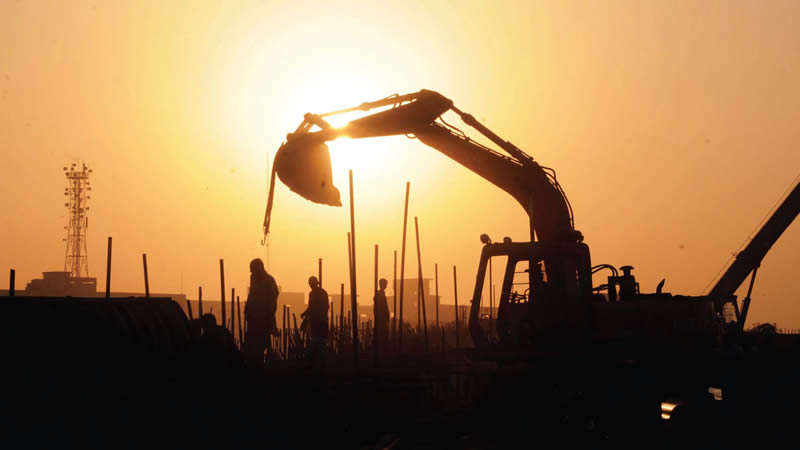 Weak regulatory check on housing societies by the civic agency and district administration was the cause of the tragic incident in E-11 where two people died due to urban flooding while three cars and several motorcycles were washed away.

A woman and her child were killed in the unapproved Medical Cooperative Housing Society in E-11/2 when gushing water from an overflowing nullah, broke the rear wall of the house and entered the basement.

E-11, located in the heart of the city, is dotted with unauthorised high-rise buildings and several illegal cooperative housing schemes. However, no serious action was taken against them by the Capital Development Authority (CDA) and district administration, which deal with such housing schemes.

On the other hand, housing schemes and other owners have narrowed down nullahs that cross through the sector. The street where the affected house is located has been built on a nullah.

During a visit to the area, it was noted that seemingly the incident took place due to heavy rain (103mm) and existence of narrow nullahs.

The nullah in the E-12/D-12 side was covered and narrowed down due to construction of the housing society; after around 200 metres, it joins another narrow stream coming from the D-11 side, creating a bottleneck, forcing the water to gush out.

The water entered the basements of a large number of houses and commercial plazas and till evening the owners of buildings remained busy in draining the water out.

“After offering Fajr prayers, I saw flash flood inundating our street. I tried to run away, but I could not do so due to water in the street. It was a terrible scene,” said Farhan Zafar, a resident of the worst-affected street of E-11.

The deaths took place in a house in Zafar’s neighbourhood.

“When I heard screaming and mourning, I thought my neighbours are worried due to flash flood, but later we came to know that rainwater had entered their basement from the rear side of their house,” he said.

Another resident, Chaudhry Saeed, said: “We were helpless; we saw the flash flood, which also washed away at least three cars and some motorcycles.”

He recalled that a few years ago, the management of the society had built a road on the nullah after covering it. He said the nullah had also become a dumping site for the societies operating in E-11.

Real Estate Golra, which also falls in E-11, was exempted from acquisition by the orders of former president Gen Ayub Khan due to presence of the Golra shrine. Therefore, CDA did not acquire the sector, except a portion of it, namely the northern strip, which was allotted to those affected by land acquisition in F-11 and F-12.

Those allotted the land, however, sold it to private developers, who built five housing schemes in the sectors. These are Medical Cooperative, Federation Cooperative, Federal Services Society, Police Foundation and Multi-Professional Housing Society.

Many other developers have also constructed unauthorised multi-storey apartment buildings in E-11.

Sources in CDA said the Medical, Federation and Services cooperative housing schemes did not have the approved layout plan and the civic agency’s no objection certificate. They said the layout plan of Medical Housing Scheme was approved, but due to violations it was cancelled many years ago.

The CDA after cancelling the layout plan did not take any action to stop growth of the scheme, whereas office of registrar, Cooperative Housing Society of ICT also failed to take any action.

Addressing a joint press conference, CDA Member Finance Rana Shakeel Asghar and DC Hamza Shafqaat told journalists that the operation for draining out water from all affected areas of Islamabad had been completed.

Mr Asghar said the society had been served a show-cause notice while CDA had decided to check construction and bylaws of all housing societies.