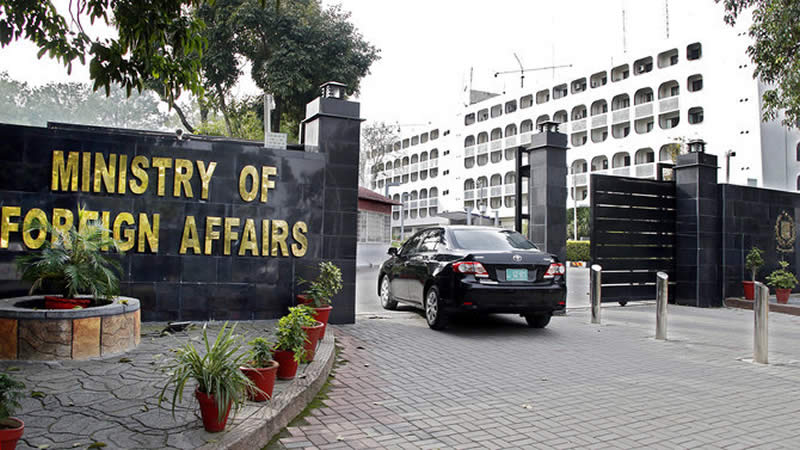 Calls upon India to refrain from propaganda campaign; says falsehoods can’t divert attention from its crimes in IIOJK

The Foreign Office (FO) categorically rejected on Wednesday Indian Minister of State for Home Affairs G Kishan Reddy’s statement regarding an alleged drone attack in the Indian Illegally Occupied Jammu and Kashmir (IIOJK), and termed it “irresponsible and misleading”.

“Pakistan calls upon India to refrain from its reprehensible propaganda campaign as no amount of Indian falsehoods can succeed in diverting attention from India’s serious crimes in IIOJK,” the FO said in a press release.

The communique added that while conveniently choosing not to share any evidence, the Indian government had once again levelled serious allegations against Pakistan.

“This is yet another manifestation of the unsubstantiated propaganda and smear campaign against Pakistan that is characteristic of the Indian government and an obliging Indian media,” the statement added.

The FO further said that this was a familiar Indian ploy to externalise any blame, use baseless allegations against Pakistan as a smokescreen, and seek to undermine the indigenous struggle for self-determination of the Kashmiri people.

“The latest allegations further confirm what Pakistan has consistently pointed out that the BJP government stages “false flag” operations to malign Pakistan with terrorism-related allegations for narrow political gains,” the press release stated.

The use of the Pakistan card, either to win an election or to divert attention from an electoral defeat, had also, unfortunately, become standard practice, the FO concluded.

Pakistan to act as a Bridge between Regions: COAS

Pakistan to act as a Bridge between Regions: COAS