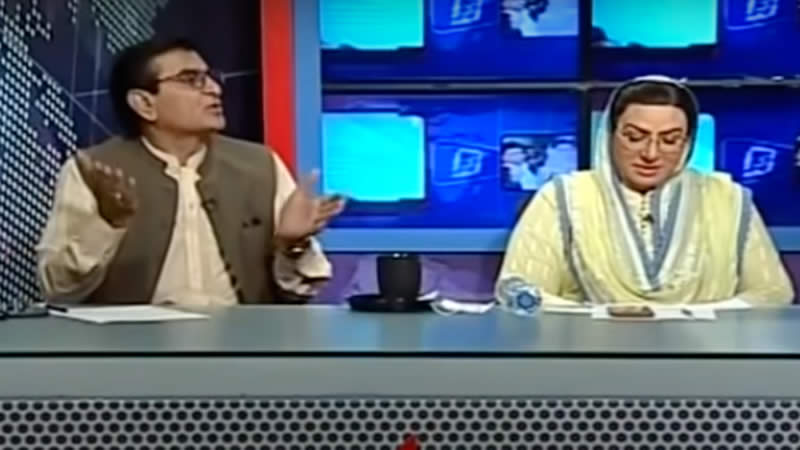 Pakistan Peoples Party MNA Qadir Khan Mandokhel has said that he will file a complaint against Punjab CM’s aide Firdous Ashiq Awan for assaulting him on a TV show.

Awan was seen abusing and slapping the PPP lawmaker in a video from the sets of Express News show Kal Tak.

“Awan hurled abuses at me due to which the channel’s management had to take a break,” Mandokhel said on SAMAA TV show Awaaz.

“But she kept hurling expletives even after that.”

Awan grabbed Mandokhel from his collar when he was leaving the studios, according to the PPP lawmaker.

He said he had to rush to his car to save himself. “The employees of the channel bear witness to this entire episode.”

Mandokhel said he speaks loudly but he didn’t misbehave. What sort of misbehaviour is talking about corruption, he questioned.

He said lawyer and labour organisations have condemned the incident, and there are reports that she has been warned within her party as well.

“I remained silent because of my values and didn’t respond to Firdous Ashiq Awan as she is a woman,” the PPP lawmaker said.

Mandokhel, who is a lawyer of the Supreme Court, said he could not hurl profanities at anyone.

He said he could still forgive Awan if she were ashamed of what she did.