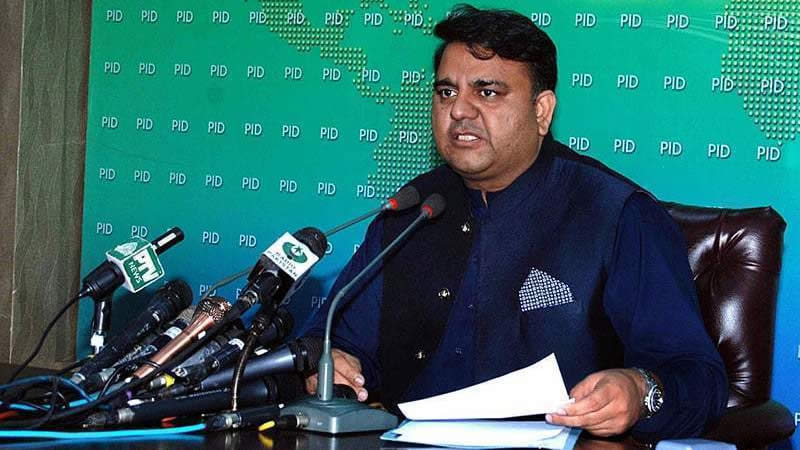 Minister for Information Fawad Chaudhry said on Monday that the next general elections in the country will take place under a ‘new mechanism’ and consultation with the Election Commission of Pakistan (ECP) was underway in this regard.

His remarks came as he spoke to the media after holding a meeting with ECP officials in Islamabad this afternoon.

Fawad was accompanied by Minister for Science Shibli Faraz, Adviser on Parliamentary Affairs Babar Awan and Adviser on Interior and Accountability Shahzad Akbar on the occasion.

The minister further stated that the government was consulting the electoral authority with regard to the proposed reforms, while the same will be presented in the Parliament.

Fawad further said that details of the proposed 49 amendments in the Electoral Reforms Bill, tabled in the National Assembly in October last year, were shared with the ECP.

“It was decided that the minister of science and technology will present a demonstration on the EVMs to the ECP, and then the authority will appoint a consultant to generate an opinion in the matter.”

According to Fawad, the ministry of information was working “day and night on [the matter of] EVMs.”

The minister said the government had pledged to provide overseas Pakistanis with the right to franchise as they had an important role in national development. “A report has been presented to the ECP in this regard,” he concluded.

On June 4, officials privy to the development revealed that the ruling Pakistan Tehreek-e-Insaf intends to unveil the production model of EVM on Independence Day.

Sources said that the Ministry of Science and Technology (MoST) along with the COMSATS University Islamabad (CUI) and the National Institute of Electronics (NIE) teams had already developed EVMs and presented them in the parliament, and were now working to make the EVMs better technically as and aesthetically.

Federal Minister for Science and Technology Senator Shibli Faraz, however, refrained from confirming the exact date, saying MoST was asked to develop a new prototype of EVM four weeks ago and the ministry was working hard to deliver it within the stipulated timeframe.

Why are people talking about Dr Anthony Fauci’s emails?