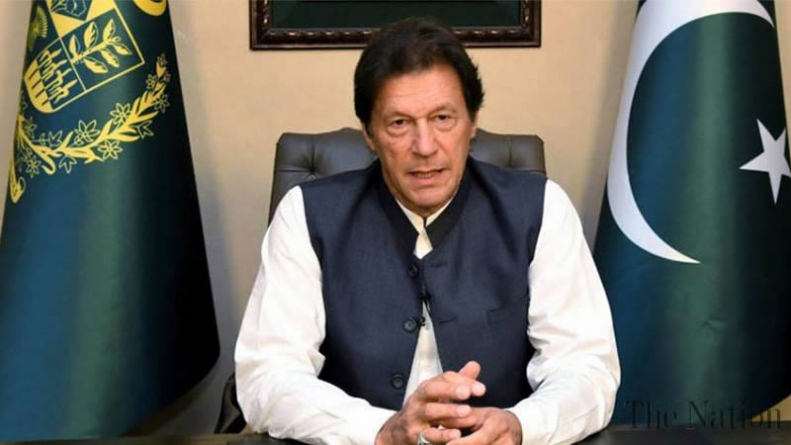 Prime Minister Imran Khan on Monday held a telephonic conversation with his UK counterpart Boris Johnson and exchanged views on the current trajectory of bilateral relations, Afghan peace process, Covid-19 pandemic, and climate change, according to a statement issued by the Prime Minister’s Office.

The statement said that the premier thanked PM Johnson for his thoughtful video message for the World Environment Day event held in Islamabad on June 5.

It said PM Imran expressed the hope that Pakistan and the UK would be able to forge an even stronger partnership going forward, particularly in the domains of trade and investments. The two leaders agreed on the importance of high-level exchanges between the two countries.

According to PMO statement, the prime minister lauded efforts of Johnson in effectively combating the Covid-19 pandemic in the UK.

He also briefed his British counterpart on measures taken by Pakistan to tackle the Covid-19 pandemic while saving lives, securing livelihoods, and stimulating the economy.

“The Prime Minister impressed upon the UK to revisit the decision of placing Pakistan on Red List of travel ban countries.”

On Afghanistan, according to the official communiqué, PM Imran reiterated Pakistan’s support for an Afghan-led and Afghan-owned peace and reconciliation process.

It stated that the premier reiterated his longstanding stance that there was no military solution to the conflict in Afghanistan and that a negotiated political solution was the only way forward.

Underscoring the importance of a responsible withdrawal, the premier apprised his British counterpart of Pakistan’s ongoing efforts to support the Afghan peace process, as part of shared responsibility.

The prime minister apprised PM Johnson of the progress made by Pakistan to strengthen its AML/CFT framework. He urged that the members of the FATF should recognise Pakistan’s achievements in complying with FATF benchmarks.

The two sides agreed to continue to work together to further strengthen relations and advance the common objective of regional and global peace and stability.

This author has not added a biography. Meanwhile Top has contributed 3085 posts. Click here to view them.