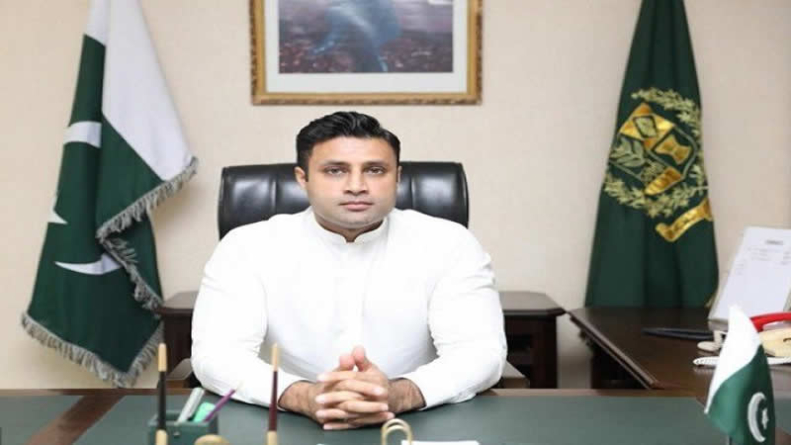 A top aide of the prime minister stepped down and another cried foul on Monday hours after the national graft-buster decided to open an inquiry into alleged anomalies in a multimillion-dollar infrastructure project in Rawalpindi in which the pair have been named.

The alignment of the 65-kilometre Rawalpindi Ring Road (RRR) was illegally changed this year to benefit several private housing projects, according to fact-finding reports which were commissioned to find out alleged illegalities, corruption and conflict of interest in the project.

The opposition demanded action against those who had approved the realignment, saying that neither Punjab Chief Minister Usman Buzdar and Prime Minister Imran Khan nor the “direct beneficiaries” like Zulfikar Bukhari, the special assistant to the prime minister on overseas Pakistanis, and Ghulam Sarwar Khan, the federal aviation minister, should be spared.

PML-N’s Deputy Secretary General Attaullah Tarar has alleged that Sarwar and Bokhari hugely benefitted from the realignment because their lands were located on the revised route.

Zulfikar Bukhari resigned as SAPM on Monday to defend himself. “My prime minister [Imran Khan] has always said that if a person has been named rightly or wrongly in any inquiry, he should cease to hold any public office till his name has been cleared of charges,” he wrote in a series of tweets.

“Owing to the allegations in the ongoing Ring Road inquiry, I want to set this example by resigning from office until my name is cleared up of any allegations and media’s obnoxious lies,” he wrote on his verified handle on the microblogging site.

“I reiterate that I have nothing to do with the Ring Road or any ongoing real estate project. This time the inquiry should be done by capable personnel, I endorse a judicial inquiry,” he added.

Bukhari said would stand by the prime minister and his vision as he had already sacrificed his life overseas to come and serve his country. “I am ready to face any inquiry,” he added.

Aviation Minister Ghulam Sarwar, meanwhile, rejected the inquiry report while offering himself up for a “transparent investigation” by NAB, ISI or any other agency. “Prove that I own even an inch of land on Ring Road and I’ll quit politics for good,” he told the media on Monday.

Sarwar said his name did not appear in any inquiry report rather it was taken at someone’s behest. However, he wouldn’t name that “someone”. Instead, he announced that he would file a damage suit against the person who levelled allegations against him.

The minister said he would welcome a NAB inquiry into the allegations.

The developments came hours after NAB Chairman Justice (retd) Javed Iqbal ordered an inquiry into the alleged corruption, irregularities and illegal land acquisition in the RRR realignment project. He directed NAB Rawalpindi to conduct an inquiry without any discrimination, on merit, and in accordance with the law in a transparent manner.

“Those responsible should be identified keeping in view all the aspects of the said project so that they can be brought to justice in accordance with the law,” the NAB chairman was quoted as saying in the notification.

“NAB believes in a corruption-free Pakistan,” he added. “NAB is firmly committed to the policy of accountability for all.”

The chairman said NAB does not belong to any party, group or individual but only to the state of Pakistan. “NAB is committed to bring the corrupt elements who looted the wealth of the country and the nation to a logical conclusion in accordance with the law,” he added.

Prime Minister Imran Khan had ordered a probe into the alleged corruption in the RRR realignment project after which the Punjab government decided to send the case to the Federal Investigation Agency (FIA) or NAB for a thorough investigation.

The decisions were taken after two fact-finding reports, one by Rawalpindi’s commissioner and the other by its deputy commissioner, landed in the PM Office, with the second report hinting that the realignment had been ordered with the approval of Punjab’s CM and his finance adviser.