by Top
in Business, National
0 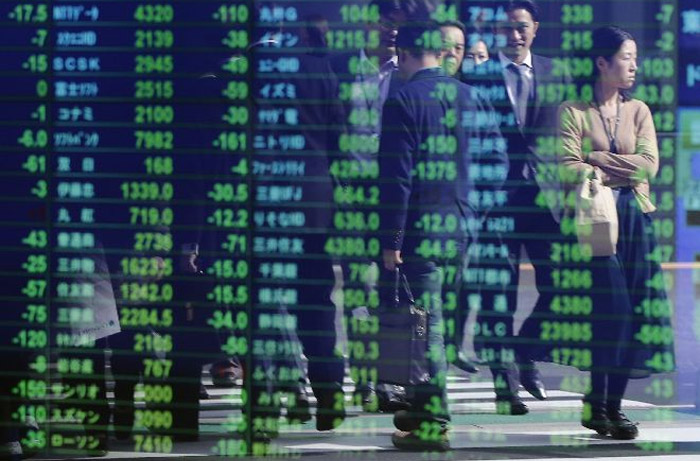 Pakistan’s trade deficit widened to $23.8 billion and exceeded the annual target by $4.1 billion in 10 months of the current fiscal year, posing a challenge to the government that wanted to kick-start the economy but was not getting help from the export sector.

During the July-April period of the current fiscal year, imports exceeded exports by $23.8 billion, reported the Pakistan Bureau of Statistics (PBS) on Wednesday.

For the current fiscal year, the government had set the trade deficit target at $19.7 billion, which was busted in just 10 months because of no major improvement in exports.

The deficit was higher by $3.9 billion or 21.6% over the same period of previous year.

Exports increased to $20.9 billion in July-April FY21 compared to $18.4 billion in the same period of last year, according to the national data collecting agency. There was an increase of 13.5% or $2.5 billion in exports in 10 months, but it was not sufficient to bridge the yawning gap created by imports.

Imports during the July-April period increased 17.7% to $44.7 billion, higher by $6.7 billion. The government had set the annual imports target at $42.4 billion, which was already exceeded by $2.3 billion with two months remaining before the close of fiscal year.

“Export sector is not competitive and is still a family business that often leads to division of assets after every two generations,” said Finance Minister Shaukat Tarin. He said that there was a need to consolidate the export sector to bring foreign direct investment to the sector.

The new finance minister wants to propel economic growth that has remained subdued in the first three years of Pakistan Tehreek-e-Insaf (PTI) government. The government had been forced to adopt fiscal stabilisation policies after it inherited a current account deficit of $19 billion.

However, it could not increase exports in the past almost three years and resultantly the trade deficit was again widening, which could make it challenging for the government to implement pro-economic growth policies without triggering another external sector crisis.

A study by the Pakistan Institute of Development Economics says the country needs to grow at a rate of 7% to 9% to create jobs for new entrants and reduce the unchecked public debt. However, an Asian Development Bank study says the economy may face headwinds, if growth constantly remains above 3.8% without fixing the structural bottlenecks.

The government has already missed the annual export target in its first two years. For the current fiscal year, it has set the export target at $22.7 billion.

Pakistan’s exports have long remained around $2 billion per month and the trend has not significantly changed despite excessive currency depreciation during the PTI government’s tenure.

During the Pakistan Muslim League-Nawaz (PML-N) tenure, exports had peaked at $2.3 billion a month and then dropped below $2 billion.

On a month-on-month basis, exports shrank 7.2% to $2.2 billion in April over March, according to the PBS. There was a reduction of $171 million in export receipts in April 2021 compared to the preceding month, it added.

Imports also dipped 8.3% month-on-month and stood at $5.2 billion last month. In absolute terms, there was a reduction of $472 million in the import bill over March. As a result, the trade deficit contracted over 9% last month.

On an annualised basis, exports in April amounted to $2.2 billion, which were higher by 129% or $1.3 billion over last year’s exports, when global trade was closed in the aftermath of the first wave of the Covid-19 disease.

Resultantly, the trade deficit widened 33% in April 2021 on a year-on-year basis. The gap between imports and exports remained at $3 billion last month, a jump of $747 million compared to a year ago.

Thousands of Afghans flee fighting as US begins pullout