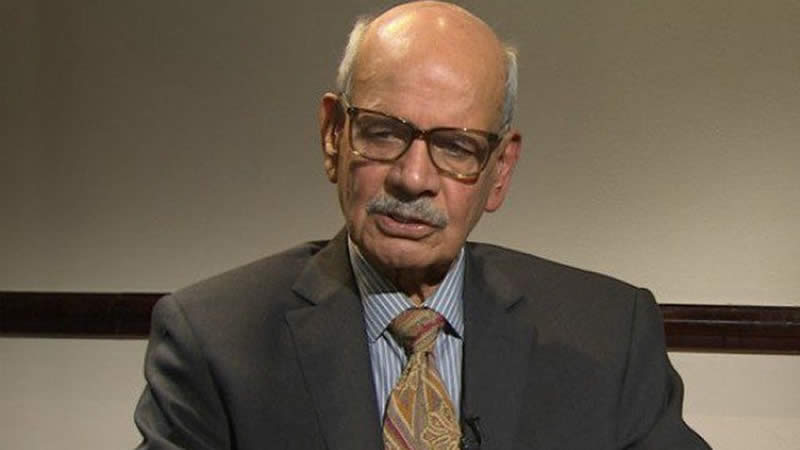 Durrani landed in trouble after co-authoring a book titled “The Spy Chronicles: RAW, ISI and the Illusion of Peace” with former RAW chief AS Dulat in 2018.

In its written reply submitted with the Islamabad High Court (IHC), the MoD stated that Durrani’s name had been placed on the no-fly list for “his involvement in anti-state activities”.

The ministry said that Durrani had been a part of the Pakistan Army for 32 years and had worked on key and sensitive positions.

It further said that the former ISI chief had been interacting with hostile elements specially RAW since 2008.

The ministry maintained that the inquiry against Durrani was in the final phase saying, “at this stage his name could not be removed from the no-fly list”.

The ministry said that the book was reviewed from the security angle and according to the inquiry board its content was against the interests of Pakistan.

“Moreover, the petitioner also appeared on social media on October 12 and 13, 2020, and expressed his views which of course cannot be well received by any patriotic citizen,” the ministry stated.

The reply further noted that Durrani’s name was put on ECL in 2019 on the request of the MoD. The former ISI chief had challenged the move in the court.

The ministry observed that Durrani’s intention to travel abroad to participate in international conferences, forum and talks shows would have serious national security implications as was evident from the recently published book “Honour Among Spies”, which was also written by Durrani and “published through Indian publishers/RAW supported elements”.

It said that according to the existing law, such a person, who is accused of planning a conspiracy against the state, cannot leave the country.

The ministry urged the court not to remove former ISI chief’s name from ECL saying, “Durrani had submitted an affidavit committing to refrain from such activities, which is still not tangible”