PDM Announces New Round of Anti-government Rallies Across Pakistan 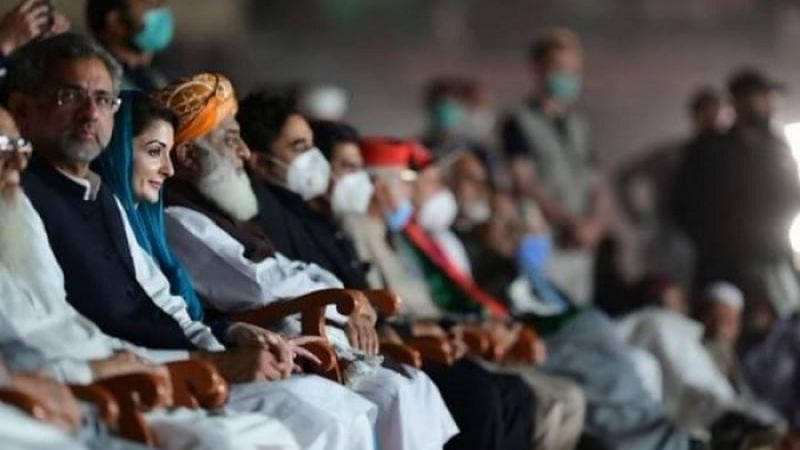 The Pakistan Democratic Movement announced on Monday its second round of rallies against Prime Minister Imran Khan’s government across Pakistan.

The PDM, an alliance of 11 opposition parties, will hold its first rally in Rawalpindi’s Liaquat Bagh on February 5, Maulana Fazlur Rehman told reporters after a meeting of the PDM steering committee in Islamabad.

The next rally will be held in Hyderabad on February 9, according to Fazl. It will be followed by a public gathering in Sialkot on February 13.

The foreign funding case against the PTI has been under trial for the past couple of years but the ECP has yet to announce a verdict, he said.

The PDM president accused PM Khan of seeking the biggest NRO in the foreign funding case.

“Foreign funding [case] is the biggest scandal in the country’s history and Imran Khan is the main accused in the case,” he said.