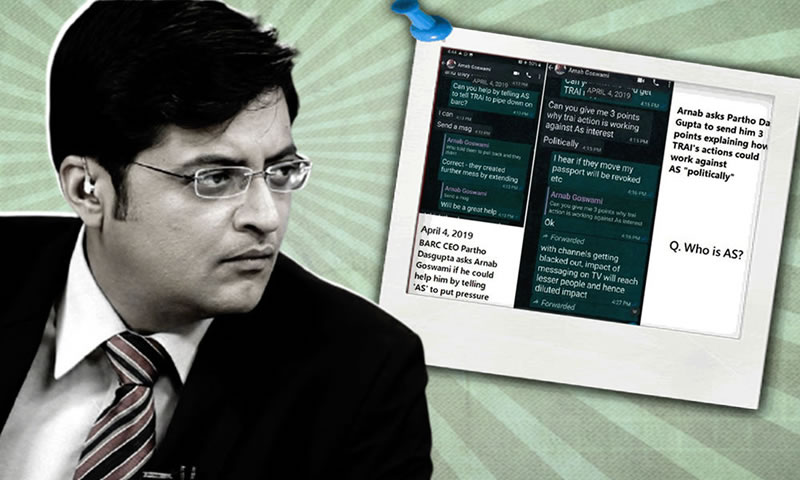 The conversation transcripts filed by the Mumbai police confirm Pakistan’s position that the Pulwama attacks were a ‘false flag’ operation, intended to ‘malign Pakistan with terrorism-related allegations’ and designed to manipulate voters, the Foreign Office said Sunday in a Twitter post.

The FO believes the transcipts illustrate ‘an unholy nexus b/w the Hindutva regime & its cronies in the Indian media.”

In a statement, a spokesperson reminded citizens that the government had presented evidence of ‘India’s state-sponsorship of terrorism’ against Pakistan and a concerted campaign to paint Pakistan as the sponsor of terrorism.

On December 23, 2020, the British media regulator Ofcom fined Republic TV £20,000 for hate speech against Pakistan, when it analyzed a talk show episode hosted by Goswami and called the debate in the episode provocative.