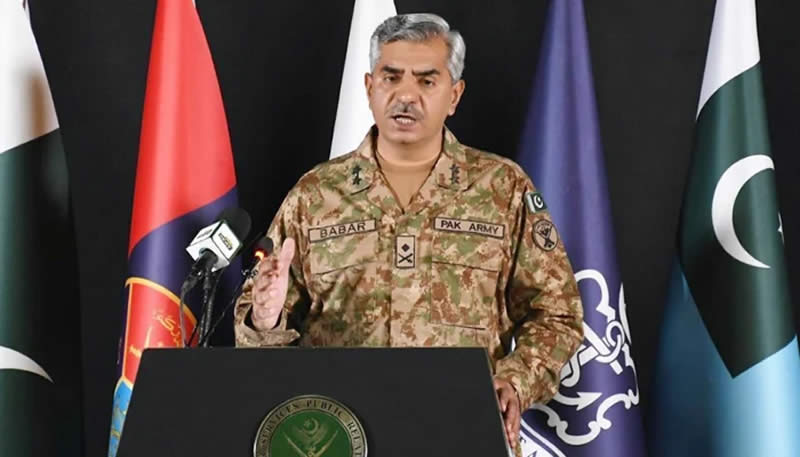 The Army has rejected opposition’s criticism of meddling in political affairs, saying there is no reason for the opposition alliance — Pakistan Democratic Movement (PDM) — to march on Rawalpindi, the home to the military headquarters.

“I do not see any reason for them to come to Rawalpindi. If they ever come we will serve them ‘chai-pani’ (tea and water). We will look after them well,” said military spokesman Maj Gen Babar Iftikhar while responding to a question at a presser.

PDM chief Maulana Fazlur Rehman had after a meeting of the 10-party alliance at Raiwind on Jan 1 hinted that the planned long march could also be directed to Rawalpindi.

Opposition parties have lately been vocal in their criticism of the army for allegedly bringing Prime Minister Imran Khan to power by manipulating the 2018 general elections and later influencing governance through a façade of civilian rule. They have demanded that PM Khan step down by Jan 31 or else they would hold a long march to push for his ouster.

Maj Gen Iftikhar, who heads the military’s media wing Inter-Services Public Relations (ISPR), said the army saw no substance in opposition’s allegations. “We have stayed the course and will stay on it,” he asserted.

Rejecting the allegation of manipulation of 2018 polls, the ISPR director general said the government had asked the army for supporting the electoral exercise. “We conducted the elections with full responsibility and honesty,” he maintained.

“If anyone has any doubt then national institutions are working, they can be approached and they can decide,” he added.

“The army does not need to enter the political fray, nor should it be dragged into it,” he said asking the politicians to keep the military out of their squabbles.

The military sees the allegations as an attempt to draw a wedge between the army and the masses.

The presser was seen in military circles to be containing a ‘powerful message’ that “unity and singleness of purpose was the way forward and reply to enemy’s grand design of creating chaos and wedge between people and institutions.”

The spokesman, while giving an overview of the internal security situation, said the capacities of the terrorist groups to operate in the country had been significantly diminished.

The reduction in number of terrorism incidents and the resulting casualties is being seen as an indicator of the weakening of the terrorist groups because of relentless counter-terrorism operations.

About Daesh, the DG ISPR acknowledged the existence of its footprint, but said it was very limited in scale. “It’s there. They are trying. There are splinter groups of different organisations, which keep taking their names to gather some mass or achieve credibility,” he said.

Daesh, or the so-called Islamic State, has lately been in focus because of the Jan 3 Mach killing of 11 coal miners.

“We are aware about the capability of this organisation, who is supporting them, where the money is coming from and we are going after them,” he further said alluding to Indian support for the global terror outfit.

“They will not be able to establish any kind of permanent foot print here with the way our (counter-terrorism) operations are going,” Maj Gen Iftikhar said.

The spokesman said that Balochistan was facing threats, but the situation was under control. He expressed the hope for further improvement in near future.

Chief of the Army Staff Gen Qamar Bajwa is scheduled to visit Quetta later this week.

PM’s Office, in a statement, said it was resolved that the perpetrators of Mach incident would be brought to justice.

The continuous human rights violations in India-held Kashmir and the frequent ceasefire violations by Indian forces over the Line of Control also came under discussion.

Diplomatic setback for India at UN