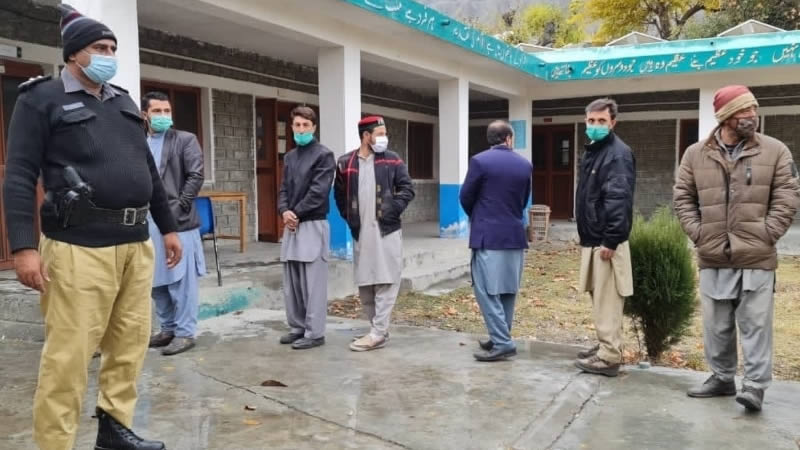 With political rallies and events of the last few weeks fresh in their minds, the people of Gilgit-Baltistan headed to the polls to elect their third legislative assembly. The voting began at 8:00am and ended at 5:00pm sharp.

So far, Pakistan Tehreek-e-Insaf (PTI) is leading with 7 seats, independent candidates have won five and Pakistan Peoples Party (PPP) has managed to clinch four seats. Majlis Wahdatul Muslimeen (MWM), an ally of PTI, has emerged victorious in one out total 23 constituencies up for grabs in Sunday’s polls, according to unofficial and unconfirmed results.

In GBA-22, independent candidate Mustaq Hussain with 6,051 votes managed to beat his rival from Pakistan Tehreek-e-Insaf Muhammad Ibrahim Sanai, who could only get 4,945 votes.

PPP candidate Jamil Ahmed secured victory against PTI rival Fateh ullah Khan for GBA-2 seat. Jamil got 6,848 votes as compared to Fateh who could only manage 6,229. PML-N’s Hafeez ur Rehman came third who could only grab 2,100 votes.

According to data obtained from the G-B Election Commission, a total of 745,361 people registered to vote today, 339,992 of whom are women. Nearly 1,234 polling stations were set up in the 24 constituencies, of which 415 declared extremely sensitive.

Speaking to the media, he said the process of polling continued smoothly throughout the day and no complains or reservations were received from any candidate or voters across the region.