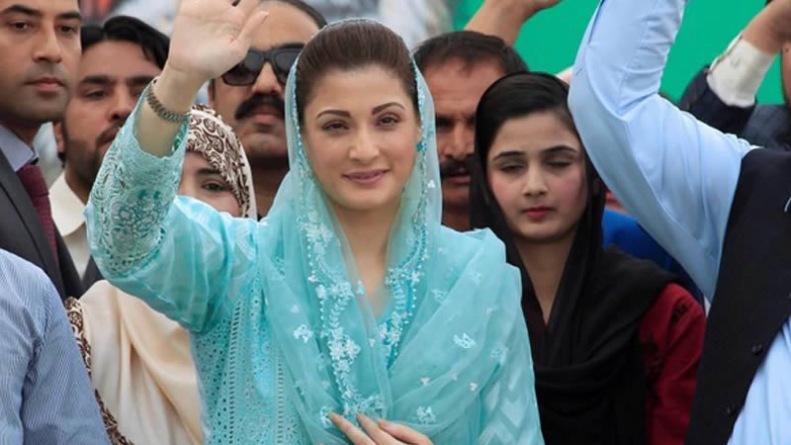 PML-N vice-president Maryam Nawaz said that former prime minister Nawaz Sharif’s stance that there was a “state above the state” in Pakistan has been proven true through the Karachi incident”.

PPP chairperson Bilawal Bhutto Zardari, directly addressing the military leadership, had said on Tuesday: “I demand DG ISI Faiz Hameed and Chief of Army Staff Gen Bajwa investigate your institution [and] how it is operating in this province. All officers of Sindh police are wondering who were the people who surrounded the Sindh police chief’s house in the early hours of Monday. Who were those two men who entered into his home at 4am in the morning and took him to an unspecified location?”

The army chief immediately took notice of the situation and ordered an inquiry into the “Karachi incident”. The Sindh police hierarchy, that was in low morale following the Oct 19 episode and had submitted en masse requests for leave, set aside their applications for ten days.
Article continues after ad

“What happened in Karachi has shown who is actually running the government,” Maryam said on Friday. “Imran Khan is not the government. He is simply a dummy occupying a seat and that dummy has been silent for three days.

When asked about the inquiry into the incident — which both the army chief and Sindh government said would be carried out — Maryam said that in her opinion there was no need for an inquiry as everything was already known. “There is plenty of video footage,” she said, adding that the provincial government was well aware of what had transpired.

“If there is an inquiry, it should be transparent so that the nation knows everything and the report should be made public.”

She said that given the way in which the government appeared to be scared and was “hiding in Bani Gala”, its tenure might be over even before January.

A day earlier as the war of words between the government and opposition continued over the Safdar episode, PML-N leader and former prime minister Shahid Khaqan Abbasi said institutions such as the Inter-Services Intelligence and Pakistan Rangers took orders from the prime minister and hence the responsibility of the whole Karachi incident fell on Prime Minister Imran Khan.

The PTI government ministers at the Centre and in Punjab castigated the opposition, mainly the PML-N, for creating fuss on the issue of Safdar’s arrest to harm national institutions.

Minister for Information and Broadcasting Senator Shibli Faraz said the opposition had staged a drama on the issue after its failure in getting public response during the PDM’s rallies.
Baloch students’ protest

Maryam was speaking to the media during her visit to a camp set up outside the Punjab Assembly by more than three dozen Baloch students, who marched from Multan to the provincial capital for restoration of their scholarships and other academic demands.

As many as 40 Baloch students of the Bahauddin Zakariya University (BZU) Multan had started their march from Multan on Oct 10 and reached Lahore on Oct 21.

Their charter of demands includes restoration of scholarships for the students enrolled at the BZU on the reserved seats for Balochistan and withdrawal of a fee collection notification issued in this regard.

Maryam termed it “shameful” that the government was “neglecting the future of Pakistan”.

“These students don’t belong to a political party, they are the future of Pakistan. You [Imran Khan] may be incompetent but you can still try to do something for them and sort the students’ issues.”