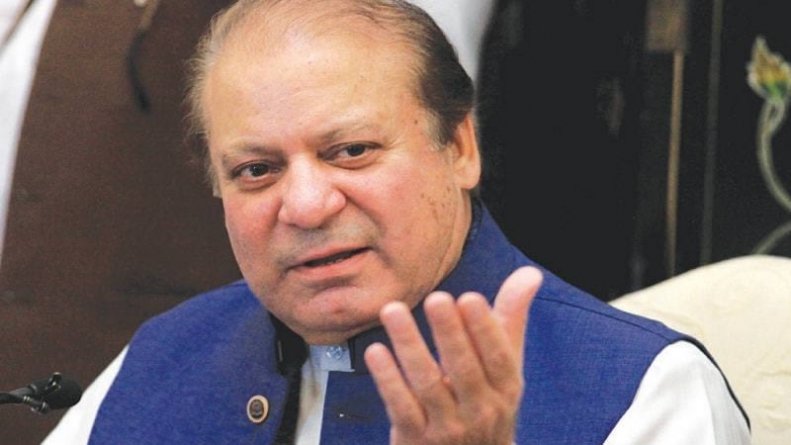 Former premier Nawaz Sharif on Wednesday said the country’s parliament had been turned into a “rubber stamp” as he had been told that somebody else was running it instead of the legislators.

“How independent is the parliament you are a member of?” the PML-N supreme leader asked while virtually addressing a meeting of the party’s Central Executive Committee from London, where he is staying since late last year for medical treatment.

“Others arrive and issue instructions about the agenda of the day and voting on bills,” he added, as he carried on his onslaught against a “parallel state” in the country.

The Sharif family patriarch further said he did not want to live in his like a “slave” in his own country and had decided to live out his life with dignity.

“We have come out of the slavery of the colonisers only to be enslaved by our own,” he claimed.

“We are not free citizens… ask yourself if you are a free citizen. The time is not far away when all these things will have to be accounted for.”

The convicted former premier said he had decided not to live a life of “humiliation”.

“If the nation also decides that it has to take a stand against tyrants and oppressors, then the real change will come in a few months and weeks, not years.”

Sharif also made an astonishing claim that former ISI chief Lt Gen (retd) Zaheer-ul-Islam had asked him to resign during the 2014 anti-government sit-ins.

“I received a message in the middle of the night,” he added. The PML-N supreme leader said he was warned that there would be consequences if he did not step down and martial law could also be imposed. “I said go ahead with whatever you want to do but I won’t resign.”

They contemplated over the situation arising out of the arrest of party president Shehbaz Sharif and also discussed their political strategy and future course of action in view of the current situation.

Referring to Prime Minister Imran Khan, Sharif said the one who had been brought to handle the affairs of the country was “empty-headed”.

“Those who brought him to power must be regretting their decision but they are actually the ones who must be held accountable,” he added.

“This person [PM Imran] is responsible but the real responsibility lies on the ones who brought him here. The PDM [Pakistan Democratic Movement] has decided to seek an answer from them.”

The former three-time premier said he was saddened by the treatment meted out to Shehbaz, who is also the leader of the opposition in the National Assembly.

“The way our children have been treated, there is no example of that in the history of Pakistan. But whatever is happening, it is increasing our courage and we will intensify our struggle even further.”

Sharif said that he was proud of his brother for facing the current situation with courage and not bowing down despite severe hardships.

“He [Shehbaz] has strengthened the party’s narrative against the current regime.”

The National Accountability Bureau (NAB), the country’s top anti-graft body had arrested Shehbaz on Monday after the Lahore High Court dismissed a petition seeking extension in his bail.

The next day he was remanded in NAB custody for two weeks to allow the graft buster to interrogate him in connection with a money laundering and assets beyond means case.

Speaking to reporters after the meeting, Abbasi said Sharif had stressed the need for the PDM to make take decisions that would benefit the people.

Sharif’s address to the party committee came a day after opposition parties announced that they would stage their first rally under the banner of their newly formed alliance, the PDM, on October 11 in Quetta as part of their strategy to send the PTI-led government packing.

At an all parties conference on September 20, the opposition parties upped the ante against the PTI-led federal government as they demanded immediate resignation of Prime Minister Imran and announced the formation of the PDM to begin a countrywide protest campaign.

During the PPP-hosted confab, the opposition also ratcheted up its narrative against alleged rigging in the July 2018 general election and demanded that the powerful establishment should not only refrain itself from interfering in politics but also confine to its role as defined in the Constitution.

Through a 26-point resolution and a seven-point action plan issued after the APC, the opposition put forward its demands, including free, fair, transparent elections without having any role of the armed forces and agencies.