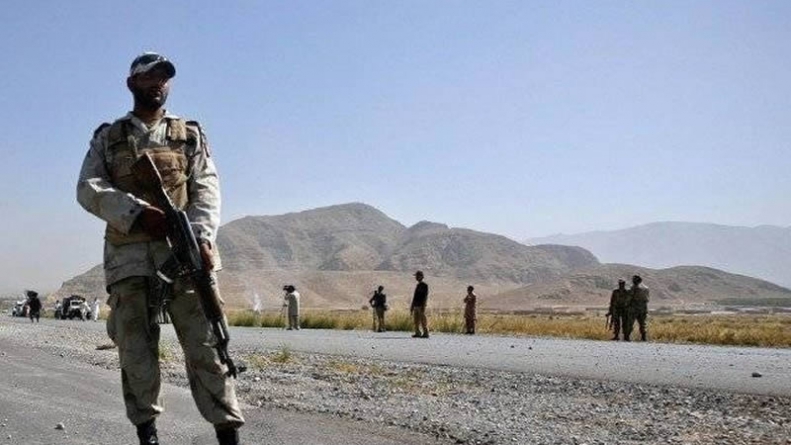 At least two terrorists were killed by security forces during an intelligence-based operation in Mazaband mountains in Kech district of Balochistan on Tuesday, the Inter-Services Public Relations (ISPR) said in a statement.

The media wing of the military said that the dead terrorists were involved in the killing of civilians, running extortion rackets and attacking security personnel in the province. A large cache of arms and ammunition was also recovered from them, it added.

Earlier, the ISPR had said that an army soldier embraced martyrdom during an exchange of fire after Indian forces targeted civilian population along the Line of Control on Tuesday. At least one civilian was also martyred, whereas four others were injured in yet another incident of ceasefire violation by India.

Sepoy Shafique was martyred in an intense exchange of fire between the troops, the ISPR stated, adding that the Pakistan army responded and targeted the posts that initiated the fire. There were reports of substantial damage to the Indian posts in men and material.