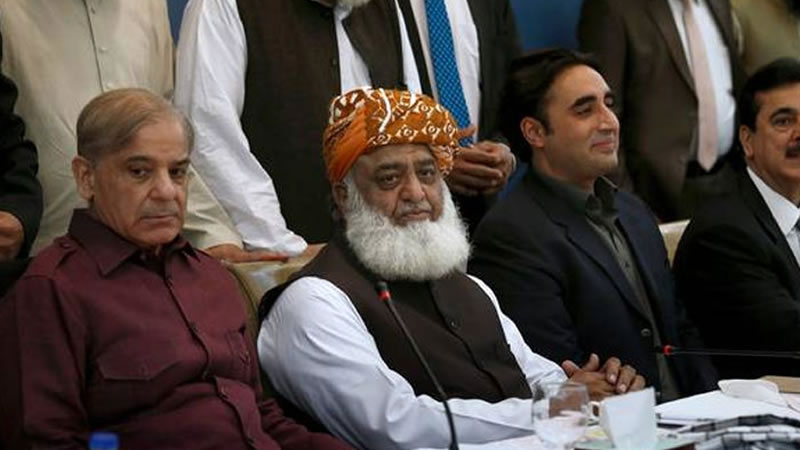 Opposition parties in the Senate on Monday warned the government against making any attempt to introduce a presidential system, which, they said, resulted in disintegration of the country in 1971, as they blocked a bill seeking amendment in the National Finance Commission (NFC) award.

A heated debate took place in the upper house of the parliament after a lawmaker from the ruling alliance – Senator Barrister Ali Khan Saif who belongs to the MQM-P – moved the Constitution (Amendment) Bill, 2020 (Amendment of Article 160) with regard to the NFC award.

According to Article 160 of the Constitution, the president constitutes the NFC after every five years for a period of five years. Once there is a consensus among all stakeholders on a particular formula to distribute the finances, the award is implemented for the next five years.

The bill sought amendment in Article 160 clause (3A) and proposed that at the time of computation of the share of the provinces in each award, the NFC shall take into consideration the requirements and liabilities of the federation and all or any other provinces and make variations accordingly.

However, the upper house – where the ruling alliance lacks majority – rejected the bill with a majority vote. Seventeen senators voted in its favour and 25 senators voted against it.

Taking the floor, PML-N’s Mushahid Ullah Khan said the PTI led federal government has been trying to fiddle with the 1973 Constitution and also to roll back the 18th constitutional amendment that ensures provincial autonomy in a bid to introduce a presidential form of government.

He warned the government against making any such attempt claiming that it was the presidential system that spelt doom for the country in 1971 and resulted in the Fall of Dhaka.

“There are at least six contenders of premiership in the ruling party and despite that they want to introduce the presidential system,” the PML-N lawmaker claimed.

Another PPP Senator Raza Rabbani said the government silently introduced a presidential ordinance granting an Indian spy Kulbhushan Jadhav the right to appeal against his conviction by a military court on the very day when people of occupied Kashmir were observing the Martyr’s Day.

Rabbani said the opposition is ready to discuss even the 18th constitutional amendment. Senate Deputy Chairman Saleem Mandviwalla said it is a very sensitive issue and it would be appropriate if the amendment is altered with consensus.

Leader of the House Dr Waseem Shahzad said all political parties unanimously passed the 1973 Constitution but there is also a provision for amending the Constitution.

He said in the past constitutional amendments were brought in the house on private member day. “All issues should be discussed at this august forum,” he said.

Senator Mir Kabeer Shahi said under the 18th amendment, 17 ministries were devolved to the provinces but their funds had not been transferred to them.

Usman Khan Kakar said 18th amendment was made possible due to joint efforts of all political parties. Autonomy was given to the provinces under the said amendment, he added.