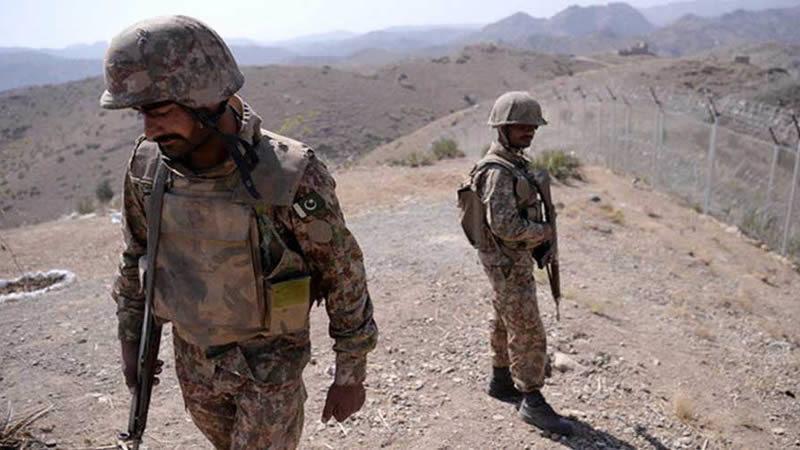 The military’s media wing said that all four terrorists were shot down by the security forces during the IBO which took place in Vezhda Sar, some eight kilometers southwest of Miranshah. Later the area was cleared by sanitization force, it added.

“As soon as the troops cordoned off the area, terrorists opened fire. All dug-out terrorists were shot down by security forces,” read the statement.

Last month, two soldiers embraced martyrdom when their patrolling vehicle was targeted through an improvised explosive device (IED) in the North Waziristan district.

According to ISPR, Subedar Aziz and Lance Naik Mushtaq were martyred while two other soldiers sustained injuries during the attack in South East of Miranshah.

In May, seven paramilitary troops were martyred in two separate terrorist attacks in Balochistan.

In April, security forces killed two terrorists during an exchange of fire in North Waziristan.

PM Imran in Solidarity with the Kashmiri People on Martyrs' Day