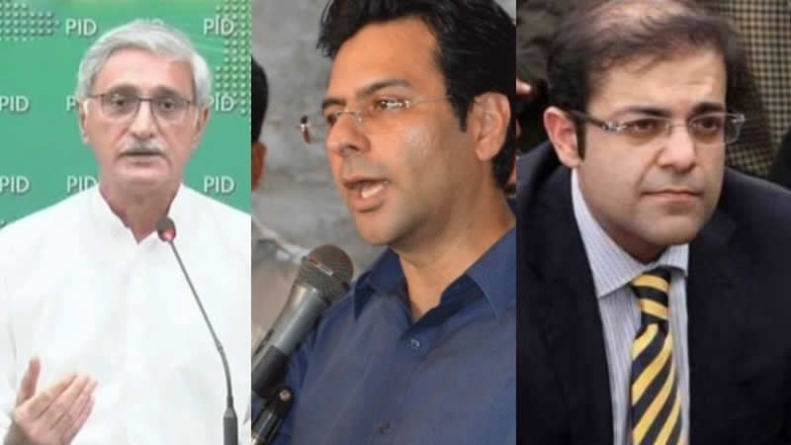 –Urges improvement in the regulatory system to curb malpractices, carterlisation of industry

The government’s inquiry commission formed to probe the hike in sugar prices submitted its forensic report on Thursday, which accused major sugar mills in the country of “underreported sales and fraud”. Addressing a joint press conference with Special Assistant to Prime Minister on Accountability Shahzad Akbar, Minister for Information Shibli Faraz said the Pakistan Tehreek-e-Insaf (PTI) government is committed to accountability and transparency in governance.

Speaking on the occasion, Akbar said that Sugar Inquiry Commission was established to ascertain the reasons for the increase in sugar prices in the last few years. He said that the commission gave its detailed report to a special cabinet meeting held on Thursday and the report explicitly says that sugar mill owners pay the amount to sugarcane growers even less than the support price. In addition, all sugar mills make cuts in the weight of sugarcane from 15 to 30 per cent, he added.

The SAPM said that the commission also found irregularities in the form of giving advance payments to farmers in the form of cash or commodity, which is akin to unregulated banking. “Today is very important in the history of Pakistan as no government ever made such commissions in the past,” he said. He also said that Prime Minister Imran Khan has directed all government advisers to declare their assets to ensure transparency.

Akbar said that a subsidy of Rs29 billion was given to the sugar industry in the last five years. “A mill called Alliance from Rahim Yar Khan — partially owned by Pakistan Muslim League Quaid (PML-Q) senior leader Moonis Elahi — was audited. It showed that between 2014 to 2018, 11-14 per cent systematic cut was done for farmers, which translated to Rs970 million and was a huge blow to them,” Akbar said. He said that it was found that total income tax of around 88 sugar mills of the country is Rs10bn, after getting a tax refund.

He added that the mill under-reported sugar sales “for years” and sold the commodity to unnamed buyers. The report mentioned violations of the Pakistan Penal Code, he said. Akbar also mentioned the JDW sugar mill in which PTI stalwart Jahangir Tareen owns 21 per cent shares. He said that according to the report, the mill committed “double booking, under-reporting and over-invoicing”. “The report noted that the mill under-invoiced sales from bagasse and molasses which resulted in 25 per cent cost inflation. They also committed corporate fraud whereby money was transferred from their PLC to their private company.

“Forward sales, satta, benami sales have all been associated with JDW too.” The Al Arabiya mill owned by Suleman Shehbaz was also audited, the PM’s aide said, adding that it was found to have committed fraud worth Rs400 million through informal receipts and market manipulation. Akbar said the report had proven what PM Imran had always maintained. “Whenever a businessman comes into politics, he will always do business even at the expense of the poor. So his [PM’s] thinking has been validated. A certain business community has captured the market and as a result, people are suffering,” he said.

He added that the report will be available online shortly for anyone to read following the prime minister’s orders. Akbar said that the report revealed that certain sugar mills used informal receipts. “It was ultimately the farmer who was crushed because there was no official record. The mill owners showed the price of production to be more than the support price which meant that farmers earned less.” He added that mill owners also conducted informal banking with the farmers which hurt the farmers because it was an unregulated process. This gave the mill owners a profit of up to 35 per cent, he said.

Akbar said that it was the first time that an “independent inquiry” has been conducted into the cost of production. “In 2017-18, sugar mills determined the cost of production at Rs51 per kilo whereas the report gave an estimate of Rs38 instead. “In 2018-19, sugar mills gave cost price at Rs52.60 while the report gave an estimate of Rs40. [The sugar mill owners] purchased sugarcane at a lower price but showed a higher price in the invoices,” he said.

The SAPM said that the report also pointed out that the sucrose content as shown by Pakistani mill owners (9.5 per cent to 10.5 per cent) was less than the international standard. There are two injustices — inflated cost of production and market manipulation — which were being done with the country’s people, according to the report, he said, adding that accounting fraud was also being committed by the sugar mill owners.

“The report also showed that mill owners are maintaining two account books. There is an under-reporting on sugar procurement of 25-30 per cent, which is an absolute scandal. Tax is not paid because of this.” Akbar said the report revealed that the Omni Group in Sindh had “specifically benefited” from the subsidies the Sindh government provided. He added that the report revealed Sindh Chief Minister Murad Ali Shah’s name.

He questioned why the chief minister gave additional subsidies to the Omni Group as it was already getting subsidies from the federal government. Akbar said the report revealed that the sugar mill owners were acting as “cartels”. Six major groups hold 51 per cent of the production supply, he added. The SAPM said that the report, while discussing recommendations, noted that basic regulation was lacking and urged improvement in the regulatory system. The state’s regulatory institutions — State Bank of Pakistan (SBP), National Accountability Bureau (NAB) and Federal Investigation Agency (FIA) should step up their regulations, it said.

It recommended that assistant commissioners and deputy commissioners ensure that farmers were paid their full due. It also recommended that technology be used for bookkeeping and a mechanism be developed for recovering the looted amount. “This is stolen money and should be used for the welfare of the people,” Akbar said. He added that PM Imran also wanted the regulatory framework to improve and strengthen further. “Making this report public is just the start,” he concluded.

Last month, the commission had asked for an extension of three weeks’ time to submit the report — a move that was met with much criticism by the opposition. The SFC had been constituted by the government in the first week of April following the release of two separate inquiry reports of the Federal Investigation Agency (FIA) on the issue of artificial shortage of sugar and wheat in the country and sudden increase in their prices last year.

After thorough discussion, the federal cabinet also approved a way forward to stop the cartels and mafias from benefitting from the public money. Sources told Pakistan Today that the government plans to introduce a conflict of interest law in place so that no politician, bureaucrat, industrialist or official could benefit from subsidy or policy formulation in the future.

Sources said that the cabinet also decided to pursue criminal cases against those who had benefitted from the national exchequer and it was decided that cartelisation would not be allowed in the future. The cabinet also raised fingers at the failure of Competition Commission of Pakistan (CCP) which miserably failed in breaking the cartels’ alliance against the public interest and decided to ensure an active and formidable action by the commission to break the cartels’ influence in policymaking.

The cabinet decided that the FIA should be empowered to pursue criminal cases against the beneficiaries of the subsidies and FIA would be directed to make recoveries and receivables in this regard.