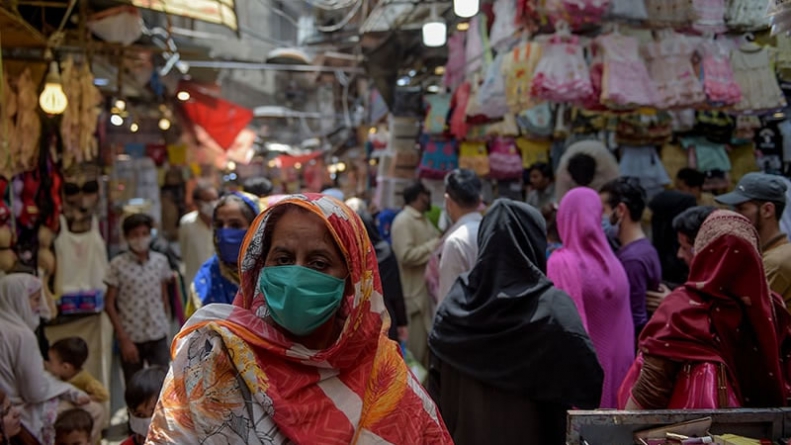 Pakistan recorded a single-day spike of 2,225 new case of Covid-19 on Tuesday, a day after the country embarked in a phased easing of lockdown, according to two situation reports released by the World Health Organisation (WHO) and the United Nations Office for the Coordination of Humanitarian Affairs (OCHA) on Wednesday.

The reports stated that 2,255 new cases of Covid-19 on May 12, represented a 97.80% increase over the 1,140 new cases reported on May 11. The report came as markets across the country reopened on Monday, as the nationwide lockdown was eased.

Last week, the government had announced that it would lift restrictions because the lockdown was affecting the economy and the downtrodden. With the announcement, the factories and offices were allowed to resume operations while public transport has yet to become functional.

On average, the WHO report noted, 1,700 cases per day were reported since May 9 and there was a slight reduction in the number of tests conducted during the last 3 days. It also noted that most of the cases were of local transmission of the virus.

The WHO revealed that the highest case density was reported in the Islamabad Capital Territory (ICT) followed by Gilgit-Baltistan and Sindh. And according to OCHA report, Punjab had the highest number of cases at 13,225 followed by Sindh’s 12,610.

The OCHA report put “the number of confirmed Covid-19 cases in Pakistan to 34,336 as of May 13” morning. It maintained that the government of Pakistan had extended the suspension of domestic flight operations till May 29 as part of the precautionary measures aimed at combating the Covid-19.

It said only 8 people out of 379 Pakistani nationals who returned from abroad via 24 special flights, had tested positive for Covid-19. The report mentioned that 36,000 Afghan refugee families in Pakistan will receive Rs12,000 as emergency cash assistance from UNHCR during the pandemic.

The OCHA said that the World Bank and the Asian Development Bank (ADB) would jointly provide about $4 billion in budget and balance of payment support to Pakistan over the next 18 months to address the immediate impacts of Covid-19, mitigate socio-economic disruption and support reforms.