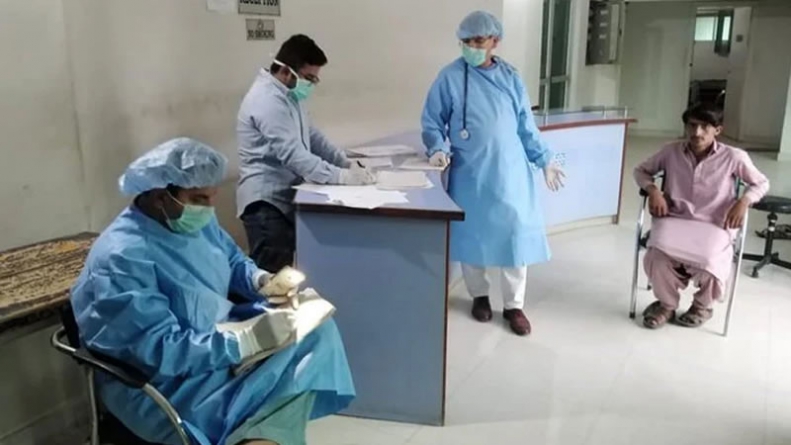 The novel coronavirus emerged in the central China city of Wuhan towards the end of last year and proliferated to almost the whole world within a couple of months. It’s not the virulence or fatality, but the infectivity of the new virus – also known as SARS-CoV-2 – that has set off a global frenzy. The COVID-19 respiratory illness caused by this mysterious contagion has so far infected more than a million people in 202 countries and territories of the world – more than 50,000 of them have died and counting.

China appears to have stemmed the tide against the viral outbreak as it has eased lockdown restrictions in Wuhan, the ground-zero of the virus, after two months, but new hotspots have emerged in Europe, Iran and the United States. In Europe, Italy and Spain are bearing the brunt as their death toll combined makes up more than half of the fatalities caused by COVID-19.

Pakistan, despite its close proximity with China, remained coronavirus-free until February 26 when a young man from Karachi tested positive after returning from Iran – one of the worst-hit countries. After a brief hiatus following the first case, COVID-19 cases spiked as more pilgrims returning from Iran tested positive for the virus. The nationwide tally of COVID-19 patients has crossed 2,700 with 839 cases in Sindh, 1,072 in Punjab, 175 in Balochistan, 343 in Khyber-Pakhtunkhwa, 197 in Gilgit-Baltistan, 75 in Islamabad and 11 in Azad Jammu and Kashmir.

The virus has so far claimed 40 lives in Pakistan, while 130 COVID-19 patients have fully recovered.