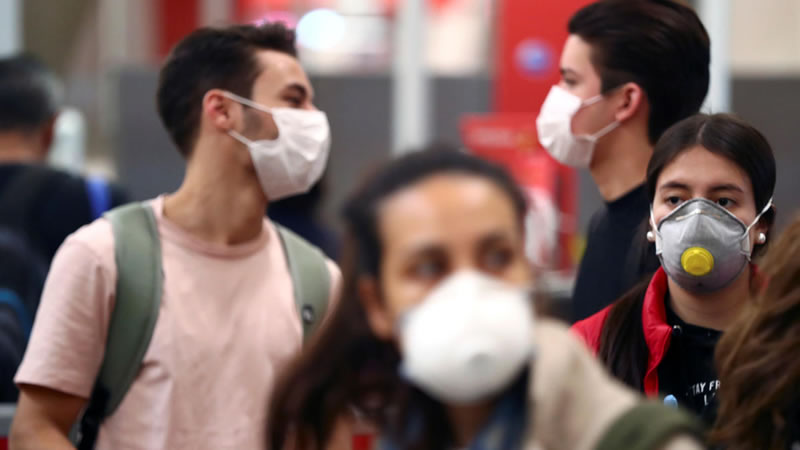 In wake of a surge in novel coronavirus cases across the country, provincial governments set out for a lockdown on Thursday to contain the outbreak.

The deadly pneumonia-like virus, which surfaced in China’s Hubei province late December 2019, has infected over 200,000 people globally with over 9,000 deaths. Although scientists around the globe are developing vaccine and medication, the only defence against the virus currently is preventive measures– self-isolation or quarantine.

Pakistan’s tally of the COVID-19 patients crossed 300 late Wednesday with Punjab confirming a total of 33 cases. Khyber Pakhtunkhwa confirmed two COVID-19 deaths within hours of each other.

Since the emergence of the first coronavirus patient in late February, the Sindh government put in place preventive measures. Beginning with revising the academic year by preponing summer vacations, it then banned public gathering and set out to close down restaurants, gyms, social clubs etc. The government also closed down all wedding lawns and halls across the province.

On Wednesday, the Pakistan Peoples Party (PPP) government officially notified the closure of multiple departments as part of sweeping measures to prevent the outbreak. “In pursuance of the Sindh Epidemic Diseases Act 2014, the government of Sindh has decided to close the following departments offices, autonomous and semi-autonomous bodies, corporation of these departments under the administrative control of the government of Sindh through the province with effect from March 19 to April 3,” reads the notification issued by the provincial chief secretary.

As many as 25 departments are listed in the notification.

Meanwhile, in Punjab, the Usman Buzdar-led government chose to go digital by directing skeleton staff in offices and implementing a work-from-home policy for remaining. The government officers will use a Skype business account set up by the Punjab Information Technology Board (PITB).

“Only necessary participants should be invited for meetings,” it added.

The government has also banned the entry of general public and put up numbers of relevant officers for the citizens to contact. Entry of tourists and visitors into recreational spots including tourism in Murree and other places has been suspended while shopping malls will be closed at 10:00pm. Only general stores, pharmacies and factories will remain open.

Meanwhile, the Khyber Pakhtunkhwa government imposed an emergency in the K-P Revenue Authority (K-PRA) to make procuring critical items required for public health easier. Face masks and other protective gears are being provided to doctors for their safety.

A notification by the K-P Relief, Rehabilitation and Settlement Department said that entry of general public to all secretariats, directorates, district offices (except those of the district administration) has been stopped while the timing for government offices has been restricted from 10am to 4pm from Mondays to Thursday, and 12pm on Fridays.

All official meetings, which have more than five members, will only be held through video conferencing.

Trading at PSX Halted once More as Shares Fall 1,752 Points

Trading at PSX Halted once More as Shares Fall 1,752 Points