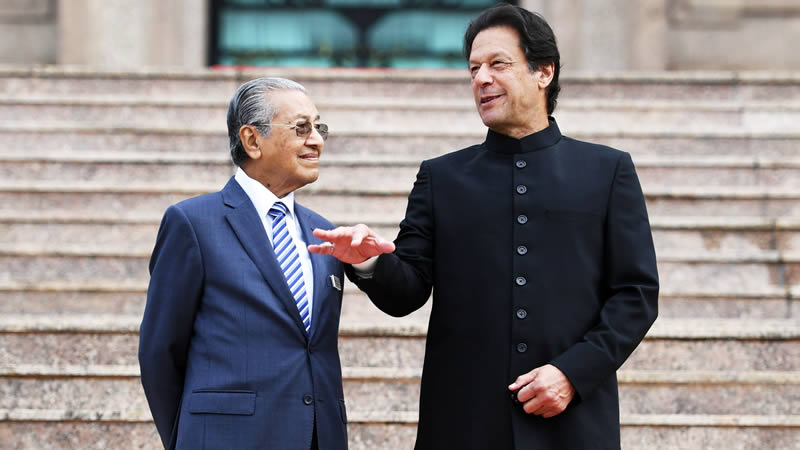 Prime Minister Imran Khan on Tuesday expressed his regret on being unable to attend the Kuala Lumpur Summit, held in Malaysia in December last year.

Addressing a press conference following talks with Malaysian Prime Minister Mahathir Mohamad in Putrajaya, the premier said, “There was a misconception among some countries that the conference would divide the ummah”.

“I want to say how sad I was that I couldn’t attend the conference in Kuala Lumpur in the middle of December.

PM Imran also thanked Mahathir Mohamad for standing by Pakistan on Kashmir dispute and speaking against the injustices being perpetrated by Indian forces in occupied Kashmir.

Imran Khan said, unfortunately, a very radical and extremist government has taken over India which has put the Kashmiri people in an open prison.

“We feel that there the future of trading ties, investment, of cooperation between Malaysia and Pakistan is tremendous,” the premier and added, there was a close affinity between the people of the two countries.

Speaking at the press conference, Mahathir said: “We agree on the need for regular discussions to strengthen trade relations by removing barriers in key areas.”

“We had a discussion with PM Imran on international matters. We also agreed upon the promotion of matters of mutual interests at all levels,” said the Malaysian PM.

During their talks today, Pakistan and Malaysia agreed to build a strong economic partnership and work together on issues affecting the Muslim Ummah.

The understanding came during talks between PM Imran and the Malaysian premier.

Delegation level talks between Pakistan and Malaysia were also held at Putrajaya.

PM Imran led the Pakistani delegation while the Malaysian side by its PM Mahathir.

The two sides discussed the entire spectrum of bilateral relations and ways and means to further expand their relations in different fields including trade, economy and tourism.

Both sides are expected to sign several important agreements and MOUs.

Imran Khan will also address a think-tank event organised by the Institute of Strategic and International Studies of Malaysia.

He will also highlight the dire human rights and humanitarian situation in occupied Kashmir, emphasize the importance of averting risks to regional peace and stability posed by Indian belligerence, and underscore the importance of peaceful resolution of Kashmir dispute.

On Monday, the premier arrived in Kuala Lumpur on a two-day official visit to the country on the invitation of the Malaysian prime minister.

The premier was received by Malaysia’s Minister for Defence Mohamad Sabu and senior officials of the Malaysian government upon his arrival at Bunga Raya Complex, Kuala Lumpur International Airport