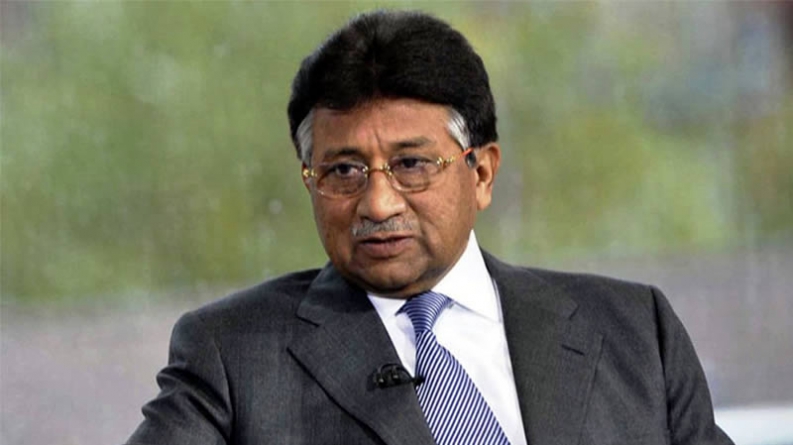 The special court formed to hear a high treason case against former president Pervez Musharraf on Tuesday sentenced the former dictator to death for imposing a state of emergency on November 3, 2007.

The case had been heard by a special bench comprising Justice Waqar Ahmad Seth of the Peshawar High Court, Justice Shahid Karim of the Lahore High Court and Justice Nazar Akbar of the Sindh High Court (SHC). They had been appointed on the orders of the Supreme Court.

SHC’s Justice Akbar had dissented from the verdict.

The special court had reserved its verdict in the long-running treason trial last month.

The court, when reserving its verdict, had said it will announce its judgement on November 28. However, the Islamabad High Court had barred the bench from issuing the verdict on the said date.

When the special court reconvened on November 28, it had noted that it was not bound to follow the Islamabad High Court’s (IHC) order. Nonetheless, the court allowed the ex-dictator to one more chance to record his statement in the case by December 5.

In its hearing on December 5, the special court had announced that it would issue the verdict on December 17, even if arguments of both sides were not completed by then.
Govt request denied

The court, before announcing its verdict, had rejected this request and directed the government’s counsel to argue the case on its merits while reminding him that the Supreme Court has already ruled on the matter.

The court had subsequently recessed for a short while before announcing the landmark verdict.
High treason case

The Pakistan Muslim League-Nawaz (PML-N) government had filed the treason case against Musharraf over the former dictator’s imposition of an extra-constitutional emergency in November 2007.

The former army chief was indicted in the case in March 2014 after he appeared before the court. He had rejected all the charges.

On March 18, 2016, the former president had left Pakistan for Dubai for medical treatment after his name was removed from the Exit Control List on the orders of the Supreme Court.

A few months later, the special court had declared him a proclaimed offender and ordered the confiscation of his property owing to his continuous inability to appear.

Later, his passport and identity card were also cancelled on the orders of the apex court.

The head of the prosecution appointed by the PML-N, Mohammad Akram Sheikh, had last year tendered his resignation. In his resignation letter, sent to the interior secretary, Sheikh had expressed his inability to proceed with the case considering the change of government at the centre.