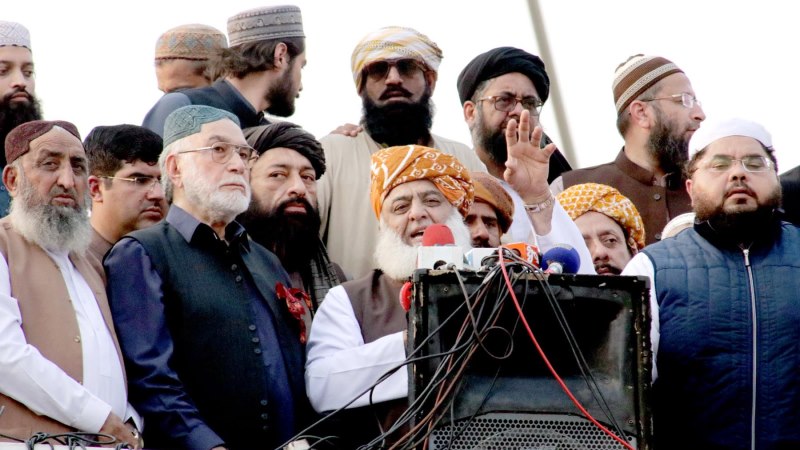 Jamiat Ulema-e-Islam-Fazl (JUI-F) chief Maulana Fazlur Rehman on Friday gave Prime Minister Imran Khan two days to resign “or else we will be forced to think of another strategy”. Addressing the Azadi March on Friday, Fazlur Rehman while welcoming the leaders of political parties in Azadi March said that they will not be able to exercise any patience after two days.

The JUI-F chief went on to say that the incumbent government has left the people of Indian-occupied Kashmir alone but the people of Kashmir will fight for their independence and right to self-determination. “We will not allow them to play with the emotions of the people,” the JUI-F chief said. He further said that the Pakistan Tehreek-e-Insaf government vowed to give employment and houses to millions but instead they  demolished houses of five million people. “We have been asked not to hold Azadi March as the situation along the Line of Control (LoC) is tense,” Fazl said and added the rulers have bargained for Kashmir.

Fazlur Rehman said: “The PTI government has been given enough time to perform but that his party could not give “any more time” to the government. ”He further said: “We do not accept results of 2018 general elections.”