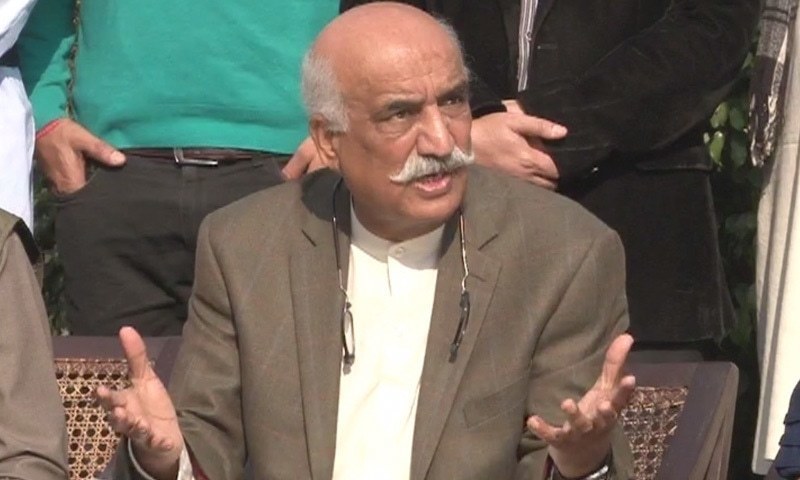 Pakistan People’s Party (PPP) legislator Khursheed Shah was arrested by the National Accountability Bureau (NAB) on Wednesday, hours after he had excused himself from the National Assembly (NA) session to appear before the accountability watchdog.

The PPP central leader was summoned by the anti-corruption watchdog for interrogation after the opening of an inquiry against him over disclosure of assets worth more than Rs500 billion registered in the names of his alleged frontmen.

Shah informed NAB Sukkur chapter through a letter, stating that he is unable to appear before the investigation officers due to the session of the National Assembly (NA).

He asked NAB officials to provide another date for his appearance after the conclusion of the NA session.

Earlier on August 7, the anti-corruption watchdog had unearthed assets worth more than Rs.500billion belonging to the PPP senior leader Khursheed Shah.

As per details, the accountability watchdog has acquired important documents, which shows assets of more than 500billion rupees of the PPP leader registered under his alleged frontmen.

“Shah has opened as many as 105 banks accounts under his and family members name in Karachi, Sukkur and other cities,” the NAB sources said.

According to the documents available with the NAB, a person namely Umar Jan, also played a vital role for Khursheed Shah. The house and a bombproof car, being used by the PPP leader, are also registered under his name.