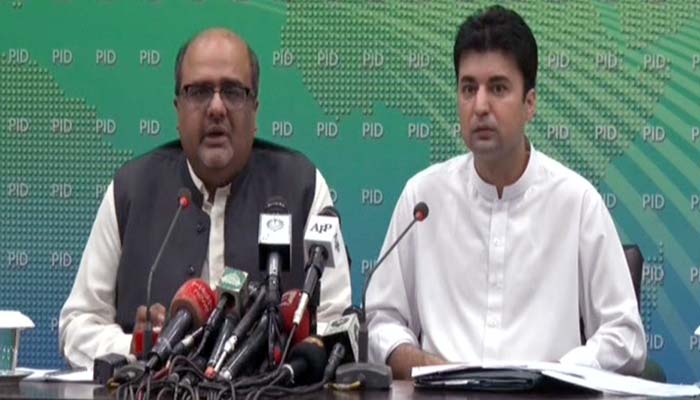 Special Assistant to the Prime Minister on Accountability Shahzad Akbar said on Monday that the opposition would object if the government initiates a probe over the controversial video, therefore it was decided that the investigation should be carried out on a judicial forum.

He said that a judicial commission should be formed on the matter, and that the Islamabad High Court or Supreme Court should carry out the investigation.

The video clip, released by the opposition Pakistan Muslim League-Nawaz (PML-N), purportedly shows the judge allegedly admitting to a lack of evidence against the former prime minister, who was sentenced to seven years in prison by the same judge in the Al-Azizia Steel Mills reference in December. PML-N VP Maryam Nawaz alleged on Saturday that the video showed the judge saying he was “blackmailed” and coerced into sending her father to prison despite there being no proof of corruption against him.

But the government again raised questions of the authenticity of the controversial video clip, with SAPM Shahzad Akbar saying at the press conference on Monday that a forensic audit should be carried out of the video clip.

He reiterated that the other man in the video, who Maryam described as PML-N worker Nasir Butt, was a convicted criminal who has previously served a prison sentence in Pakistan.

Akbar questioned who had attacked the judiciary in the past, and said judges of the Supreme Court of Pakistan had declared these same people members of a ‘Sicilian mafia’ in a previous verdict.

On Sunday, the accountability court judge called the video ‘fake and fallacious’ and demanded legal action against those involved in producing it.

Special Assistant to Prime Minister on Information Dr Firdous Ashiq Awan has previously dismissed Maryam Nawaz’s claims, saying they can only be considered authentic after a forensic audit of the video.

Dr Awan said Maryam had attempted to misguide the nation after ‘bulldozing her uncle’.

“A baseless story was concocted for their own vested interests to make the institutions controversial,” she said, adding that if the claims were valid, they should have been presented before the courts rather than to the media.

She said Nasir Butt was a proclaimed offender known for killings and heading a gang. “He left Pakistan for Britain after five murders. He is known for heading a gang of drug peddlers and used politics as a cover,” she said.

Special Assistant to Prime Minister on Accountability Mirza Shahzad Akbar said the institutions of the country are working independently and accountability process is continuing. He said further evidences of Sharif family’s corruption would be brought to light in coming days.

He said PML-N threatened government by showing a fake video that has no legal status. He said Pakistan is under debt of 30,000 billion rupees due to the two families of the country.

Shahzad Akbar said the previous governments gave NRO to each other to protect their corruption. The Special Assistant said the video released by PML-N leader Maryam Nawaz about the accountability judge should be property investigated so that designs behind it could be ascertained. He said the Supreme Court or Islamabad High Court should take its notice for investigation.

Talking on the occasion, minister for communications Murad Saeed categorically stated that the process of accountability will go ahead and the plundered amount will be recovered from the corrupt elements.

The Minister said the recovered amount will spent on the welfare of the people and to bring improvement in the health and education sectors.
He said that recoveries of millions of rupees have alone been made in National Highway Authority.

He said that people of good repute are being appointed in the institutions to help them stand on their own feet.